The changes also aim to prohibit pregnant women and persons with disabilities from being assigned to machinery-in-motion. 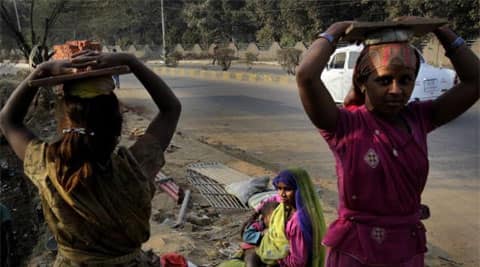 The 54 amendments cleared in the Factories Act include increasing the limit of overtime for workers from 50 hours per quarter to 100 hours per quarter, improving safety of workers and lifting relaxations on night shifts by women in factories. Source: PTI

In its first major step towards overhauling the country’s labour laws, the government on Wednesday cleared long-pending amendments to three critical laws in the sector that would enable a doubling of the overtime limit for workers, exemption for firms employing up to 40 workers from compliance of labour regulations and allow more trades to be included under the Apprenticeship Act.

The Union Cabinet cleared 54 amendments to the archaic Factories’ Act, 1948, changes to the Apprenticeship Act, 1961 and the Labour Laws (Exemption from Furnishing Returns and Maintaining Registers by Certain Establishments) Act, 1988. “Proposals to amend all three of these Acts have been cleared. It will be our top priority to table these in Parliament in the ongoing session and hopefully get them enacted,” said a source close to the development.

Within weeks of forming the government, the NDA, through the Labour Ministry, had begun consultations towards amending these laws that are seen as a major challenge by companies in doing business in the country. The 54 amendments cleared in the Factories Act include increasing the limit of overtime for workers from 50 hours per quarter to 100 hours per quarter, improving safety of workers and lifting relaxations on night shifts by women in factories. The changes also aim to prohibit pregnant women and persons with disabilities from being assigned to machinery-in-motion and reducing the eligibility for entitlement of annual leave-with-wages to 90 days from the current 240 days.

More importantly, shifting the focus from the states, the Centre would now be empowered to make rules on some of the provisions of the Act.

Similarly, amendments to the Apprenticeship Act are expected to help Prime Minister Narendra Modi fulfill his vision of implementing “Skill India” as 500 new trades, including IT-enabled services, would be included in the scheme, allowing more employers to participate in training and employment of such workers.

Significantly, a draconian provision that called for arrest and imprisonment of employers who did not implement the Apprenticeship Act will now be dropped. Finance Minister Arun Jaitley had in the Union Budget proposed to amend the Apprenticeship Act pointing out that “comparing the size of the Indian economy, the performance of the Apprenticeship Training Scheme is not satisfactory and a large number of training facilities in the industry are unutilised.” In fact, of the 4.9 lakh seats available for apprenticeship, just about 2.8 lakh apprentices are trained.

Meanwhile, in what will make it easier for firms to do business, amendments to the Labour Laws (Exemption from Furnishing Returns and Maintaining Registers by Certain Establishments) Act will exempt firms employing up to 40 workers from complying with labour law regulations. These firms will now also be allowed to file a combined compliance report for 16 labour laws, up from the current nine. The Labour Ministry has already signalled its intent towards a more business friendly regime through the notification of a more flexible working system for oil rig workers earlier this month.

But more controversial provisions on retrenchment are expected to be taken up later. The ministry is also in talks with trade unions to make changes in the Industrial Disputes Act for enabling easier hiring and firing of workers in the National Investment and Manufacturing Zones.