We need to have iconic people personifying modern technology to spread awareness about Digital India, we have reached out to former President A P J Abdul Kalam to be a brand ambassador: Govt 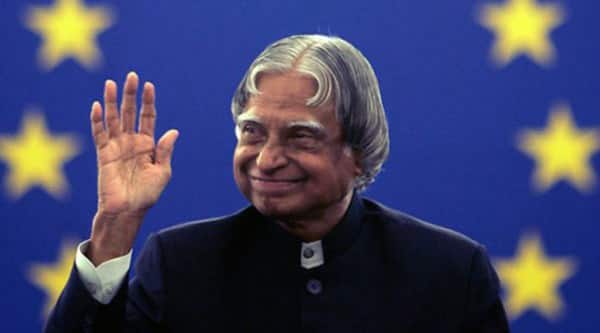 The government plans to rope in former President A P J Abdul Kalam as the brand ambassador for Digital India, one of its flagship programmes. Prime Minister Narendra Modi is scheduled to chair a meeting on Monday to finalise a comprehensive plan for Digital India Week, an event likely to be held in July when various ministries will launch a range of online services for the masses.

“We need to have iconic people personifying modern technology to spread awareness about Digital India. We have reached out to former President A P J Abdul Kalam to be a brand ambassador. He is positive,” said a senior government functionary who did not wish to be named. When contacted, the former President’s office said they have not received any formal communication yet.

In March end, an informal group of ministers discussed the nature of services and products with mass connect that can be launched online during the Digital India Week. These included about a dozen portals for loans, rural e-commerce, national scholarships, lost and found children, e-hospital, tele-medicine and e-bag (online study material for students).

The meeting of ministers, held on March 25, was called by Ravi Shankar Prasad and attended by Piyush Goyal, Dharmendra Pradhan and Rajiv Pratap Rudy. Goyal said a new service will be launched every day of the Digital India Week. While Prasad said an incentive system may be put in place to ensure participation of people at large during the week, Goyal said wi-fi zones may be set up in several public locations by waiving off various permissions required from government departments.

Rudy said his ministry would synchronise the skill inventory portal with the Digital India programme. Pradhan has suggested launching of services immediately useful to people with mobile Internet connections. He also said installing information kiosks may be explored at various locations. Goyal said ideas can be sought through crowd sourcing as well.

The Ministry of Communications and Information Technology may tap the subscriber database available with telecom service operators to spread the Digital India message across the country. Prasad himself is keen to exploit Common Services Centres to deliver various government and private sector products across financial, educational and health sectors at the village level. He plans to provide hand held devices to the postmen so that they can carry the services to even remote areas.

The ministry has already called for ideas and concepts from a dozen creative agencies. It plans to have a catchy logo and a tag line for the Digital India Week. Prime Minister Modi is expected to add further to the ministry’s action points in the meeting scheduled on Monday.