Following his retirement, Infosys will be completely under the charge of a new guard lead by CEO Vishal Sikka. 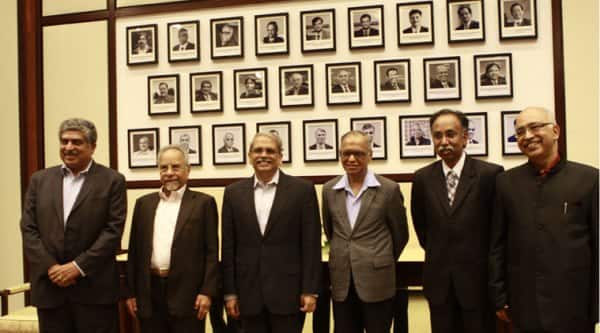 With the last of the founding team of Indian IT bellwether Infosys Ltd, Kris Gopalakrishnan, set to retire from the company on October 10, a formal farewell was given by Infosys to all its founders here on Wednesday. ‘I was fortunate that my passion for computing became my profession, and that I was able to make an impact in this industry through Infosys, through the innovations we pioneered and the jobs we created,” the Infosys co-founder Gopalakrishnan said at the farewell.

Following the retirement of Gopalakrishnan Infosys will be completely under the charge of a new guard lead by CEO Vishal Sikka which took charge of the company on August 1 this year.

“Computers have become ubiquitous and have created a large industry, both in products and services. The Internet has connected the world. I have been fortunate to be part of this industry for the last 35 years of its 70 years,” Gopalakrishnan said.

Speaking on the occasion the key founder of the company N R Narayana Murthy said the founding of Infosys was a watershed event in the history of corporate India.

‘Never in the past has this country seen, and probably never in the future will this country see, a set of founders who nurtured their creation with care, sacrifice and passion for 33 years and passed it on with equanimity to a set of outsiders,’ Murthy said.

In July this year Kris Gopalakrishnan had announced a donation of $1.8 million for the Carnegie Mellon University in the US to establish a research tie-up with the Centre for Brain Research (CBR) at the Indian Institute of Science (IISc) in Bangalore to study aging related disorders of the brain. The donation was done through Gopalakrishnan’s Prathiksha Trust. Gopalkrishnan has personal wealth valued at $ 1.4 billion dollar and is among the top 1500 billionaires in the world.

Ebola ‘unavoidable’ in Europe, but spread risk low: WHO