Narendra Modi, on his first outing from the capital since he took charge, underlined that Indian arms and ammunition should be exported across the world. 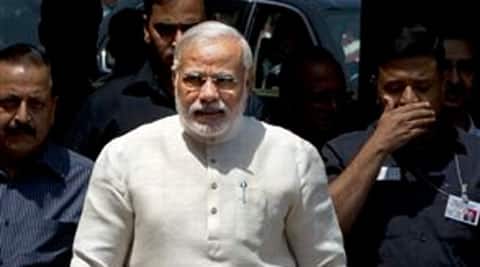 Braving the wind and rain that lashed aircraft carrier INS Vikramaditya as it sailed off Goa, Prime Minister Narendra Modi, on his first outing from the capital since he took charge, underlined Saturday that Indian arms and ammunition should be exported across the world and used by smaller nations to protect themselves.

As he stood on the most expensive platform ever imported by India, Modi spelt out his vision of the nation as a net exporter of weapons, making it clear that his government would promote self-reliance in arms. He said technology was available and the goal of indigenization of defence platforms should not stop with just meeting the demands of the armed forces.

Landing on the carrier on board a Sea King helicopter from the Hansa naval base in Goa, Modi proceeded to a battle-ready MiG-29K fighter parked on the fight deck. He climbed into the cockpit and interacted with pilots before going to the bridge deck to witness combat demonstrations by warships and aircraft of the western fleet.

Discussing the capability of the carrier and the fleet during the three-hour display, he made his first statement on national security while addressing over 1,600 sailors and officers on board. He said India would engage with all nations as an equal and never be intimidated: “Hum kisiko na aankh dikhaayenge, na aankh jhukaayenge, duniya se aankh milaa ke baat karenge.” 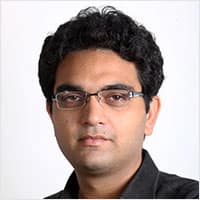