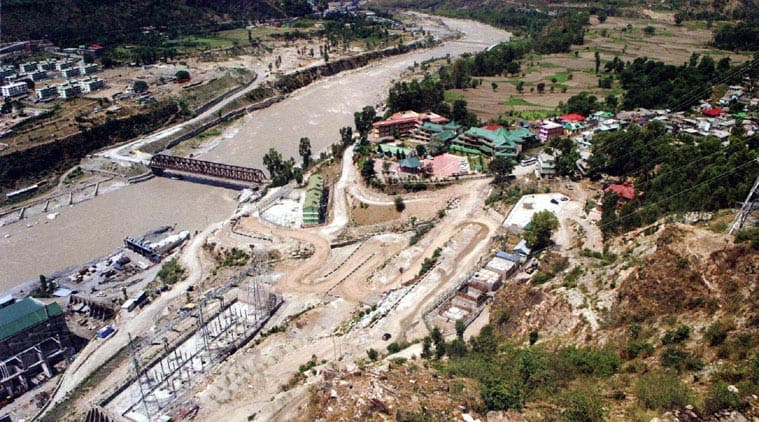 Nathpa Jhakri is one of the three big projects facing protests.

A panel of experts appointed by the Himachal Pradesh government has said that popular opposition to large hydel power projects on the Sutlej is being fanned by the establishment’s “indifference” to the problems of the people.

The panel has rejected the conclusions of a report prepared earlier for the union government, which had said that the adverse impact of the projects can be mitigated by suitable measures.

“…Opposition to Hydro-electric projects (HEP) is basically due to the failure of the establishment, who has shown indifference to the people’s problems and therefore failed to gain their confidence,” says the report by the Panel of Environmental and Social Experts (PESE) set up by the Department of Energy of the Himachal government.

“There is no doubt about the fact that people’s opposition for the HEPs has emanated from the unsettled issues of the completed projects and the ill effects of these on the environment of the basin, including benefit sharing,” the PESE has said.

The PESE was set up to make an independent evaluation of the impact of 38 hydel power projects in the valley of the Sutlej, and to assess the reasons for the opposition of the local people. Six of these projects — producing 2,956 MW of power — are already operational; the rest are in various stages of development. Popular protests have been continuing ever since three big projects — Nathpa Jhakri (1,500 MW), Karcham Wangtoo (1,000 MW) and Baspa II (300 MW) — were commissioned in the last 10 years.

The PESE report was submitted last month. The report, which also studied the draft Cumulative Environment Impact Assessment (CEIA) report prepared on the directions of the union Ministry of Environment, Forests and Climate Change, said the CEIA’s conclusions were “a matter of opinion and not supported by facts and figures”.

The CEIA report was prepared by a group of expert institutions led by the Indian Council of Forestry Research and Education (ICFRE), an autonomous Dehradun-based body that functions under the union Environment Ministry.

Himachal Pradesh has signed a number of MoUs in recent years to exploit its 23,000 MW hydel power potential spread over five river basins. The 38 projects on the Sutlej have the potential to cumulatively generate 8,414 MW. The “bumper-to-bumper” projects have, however, been facing strong opposition from local populations, who have complained of a loss of livelihoods and destruction of the environment. Among the projects slowed down by the protests are big-ticket projects by Reliance Power and Gammon India.

The PESE report says some of the institutions tasked with studying the impact of hydropower development didn’t even meet local people, and the indifferent manner of the exercise has only widened the trust deficit between the people and government agencies.

Residents of Kinnaur, the Spiti valley, Mandi and Shimla districts have alleged that the CEIA consultants did not study the impact of indiscriminate blasting and loss of forests and farmlands on sources of drinking water such as natural springs. They have rejected the assessment as a “fraudulent exercise”.

Protesters have been especially agitated over assessments of the minimum distance between projects, and the minimum volume of flow in the channel during the dry season.

The PESE has asked whether the CEIA draft estimate that an average gap of 500 m between two projects is sufficient for the river to recuperate, “is an arbitrary recommendation or based on scientific calculation”.

The panel has also noted the stiff opposition from the people of the Spiti valley to the construction of any hydel project in view of its fragile environment.

Four hydel projects with a combined capacity of 635 MW are planned on the Spiti river, a tributary of the Sutlej. HPPCL’s 636 MW Khab project on the Sutlej too is located in this belt.

The opposition of the people of Spiti is included in the CEIA summary as a brief last point, which states that the trans-Himalayan zone should be a “no-go” area for hydel projects, but is not included in its final recommendations. The PESE, which had a final public consultation with local people on December 8-9, has observed that declaring the trans-Himalayan area, which constitutes a third of the Sutlej basin, as a no-go area in “a one-line observation without giving full justification” is “bizarre”.

The PESE report will be forwarded to the union Environment Ministry.