Ravindran told The Indian Express that the “immediate trigger” was his differences with council chairman Y Sudershan Rao over the minutes of a recent council meeting. 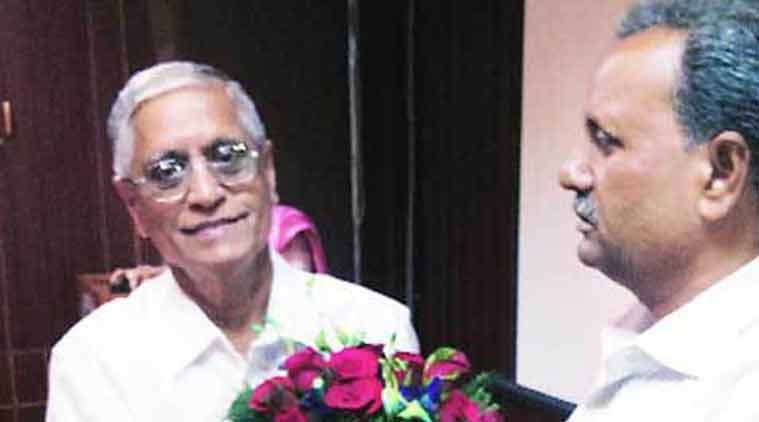 Ravindran was managing editor of IHR. Rao, however, refused to clear the minutes.

Days after he resigned as member secretary of the prestigious Indian Council of Historical Research (ICHR) midway through his term, Gopinath Ravindran on Tuesday said his move followed disagreements with the council chairman as well as the leanings of a majority of council members.

Ravindran told The Indian Express that the “immediate trigger” was his differences with council chairman Y Sudershan Rao over the minutes of a recent council meeting.

Ravindran had opposed the council’s decision during a meeting in mid-May to throw out the editorial board and advisory committee of ‘Indian Historical Review’ that included eminent historian Romila Thapar. Ravindran was managing editor of IHR. Rao, however, refused to clear the minutes.

“The immediate trigger was that the minutes of the meeting where the council decided to throw out the editorial board and advisory committee of IHR had not been signed by the chairperson till as late as yesterday, despite amendments. It is the member secretary that circulates the minutes but as courtesy I had sent them to the chairperson for him to sign so I could circulate it… I, anyway, am not in agreement with his views on history but if I can’t even record my disagreement, then what is the point of my being there,” he said.

Rao was appointed chairperson in July last year. Days into his new office, he had stirred a controversy with posts on his blog, including one praising the ancient caste system.

Ravindran also says he was not consulted adequately in the process of sending the recommendations for names of council members to the HRD Ministry when the new council was nominated earlier this year. “The tradition and convention is both the chairperson and member secretary together send the list of recommended names for the council to the ministry but the due process was not followed this time,” he said.

Concerns about a “saffron” tinge in the council after new members were nominated earlier this year have also surfaced. “It is not just a tinge… Barring one or two members, they all belong to the saffron or you can call it Hindutva or communal school of thought,” Ravindran said.