Gomti to be cleaned on lines of river Ganga: Rajnath Singh

The Union Minister said a detailed project report will be prepared for cleaning Gomti river. 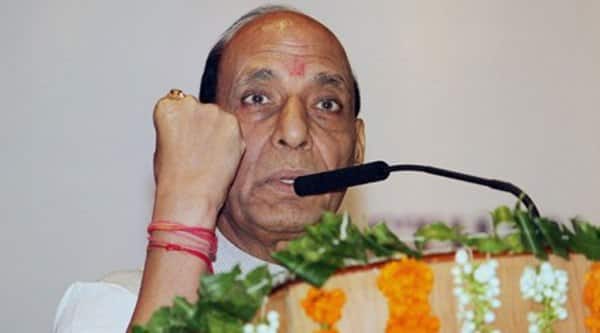 Noting that the health of rivers is reflective of a country’s condition, Union Home Minister Rajnath Singh on Tuesday announced cleaning up of Gomti river here on the same lines as river Ganga.

“Health of rivers is indicative of the health of a nation. When a country’s rivers start drying, its fate also dries up,” he said while addressing a  cleanliness awareness programme.

The objective of the Centre is not only to develop the country as an economic capital but also a spiritual capital, for which unhindered flow, cleanliness and clearness of its rivers is necessary, Singh said.

The Union Minister said a detailed project report will be prepared for cleaning Gomti river on the same lines as river Ganga and the work in this regard has already begun.

Singh, who is a Member of Parliament from Lucknow, said that from Kudiya Ghat to La Martinere college in the city, the banks of Gomti would be developed on the lines of Sabarmati riverfront in Ahmedabad.

Union Water Resources Minister Uma Bharti, who was also present at the event, said that through short term and long term schemes Ganga would become visibly clear within three years and it would be made completely clean in 10 years.

Like Ganga river, Gomti would also be cleaned up for which survey has been completed, Bharti said, adding, cleaning Gomti would be a lot easier than Sabarmati which had dried up.

In an oblique reference to the previous UPA government, Bharti said, “we have come out of ten years of ice age, the first stream has come out and Ganga has been associated with water resource.”

The Union ministers, LU vice-chancellor S B Nimse and convenor of the organization Anil Singh initiated cleaning up of the area around Gomti to mark the occasion.