Ramesh, then environment minister, had made it mandatory for developers of GM varieties to obtain a no-objection certificate (NOC) from the concerned state government before going ahead with field trial. 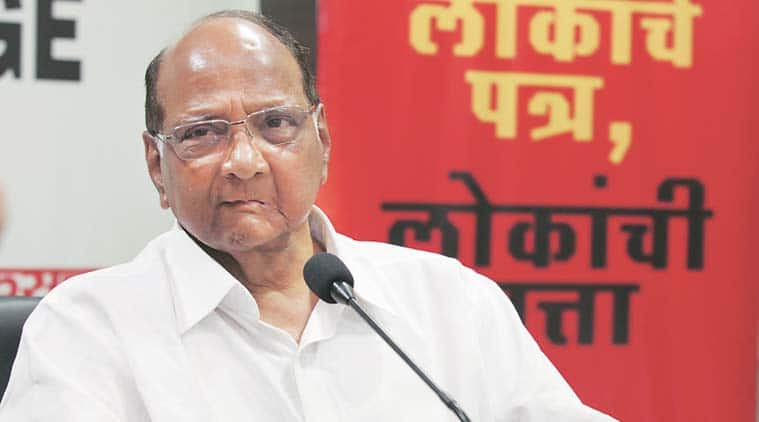 Pawar, who disagreed with Ramesh’s policy on GM crops, has written to Modi saying the NOC requirement was not necessary and was in fact choking the growth of the agricultural biotechnology sector.

Reopening the debate on genetically modified (GM) crops, former Agriculture Minister Sharad Pawar has asked Prime Minister Narendra Modi to do away with a rule introduced by his former cabinet colleague, Jairam Ramesh, with regard to field trials of such crops.

Ramesh, then environment minister, had made it mandatory for developers of GM varieties to obtain a no-objection certificate (NOC) from the concerned state government before going ahead with field trials.

Pawar, who disagreed with Ramesh’s policy on GM crops even when they were part of the UPA cabinet, has now written to Modi saying the NOC requirement was not necessary and was in fact choking the growth of the agricultural biotechnology sector. Pawar has sought Modi’s intervention in clearing the “policy paralysis” and “regulatory uncertainty” on GM crops.

“May I seek your immediate intervention in expediting the process of enabling innovative research in the area of agriculture by either reversing the regulatory system to pre-NOC era, or facilitating the process for granting of NOCs to enable the planting of field trials to ascertain their safety, efficacy and performance — critical parameters to arrive at a decision for their largescale plantings for the benefits of farming community,” Pawar has said in the letter sent last month.

While conceding that the NOC requirement was “not a regressive step”, Pawar has said that it has become a subject of “socio-political process rather than an objective science-based process of rigorous evaluation at the state level”.

Pawar has pointed that the NOC requirement has made “all permissions of GEAC ineffective and redundant”. “In the past, respective states were represented on various regulatory committees and contributed to the successful approval of Bt cotton and field trials of many crops. The NOC requirement from states is not a regressive step but a condition that is becoming difficult to be met in the absence of regulatory system at the state level,” he has written.

The NOC requirement was introduced in the wake of a ban on commercialisation of Bt brinjal, a GM variety of brinjal, imposed by Ramesh in 2009 that triggered a major debate on GM crops. The fallout was that even states which were allowing field trials till then developed cold feet when asked to give their explicit consent for it.

The result is that about 70 proposals approved by the Genetic Engineering Appraisal Committee (GEAC), the top regulatory body on GM, in the last one year have not been able to begin field trials because the NOCs are not forthcoming. Only seven states, including Punjab, Haryana, Rajasthan, Andhra Pradesh and Delhi, have given NOCs for field trials during this time.

Defending the need for obtaining NOCs, Ramesh told The Indian Express: “Almost all the state governments had objected to Bt brinjal. Some of them have reservations about other GM crops as well. So it is better to have states on board on this. In any case, agriculture is a state subject. And we can’t assume that they do not know what is good for them.”

In his letter, Pawar has said that some of the new GM technologies to be tested are on pulses and oilseeds that are essential for national food security. “In the absence of such field-based research trials aimed at generating scientific data on new and improved technologies, no decision can be made about the utility, safety of their use by our farmers…The benefits and applicability of such technologies can only be ascertained by trials and hence they need to be taken up expeditiously and encouraged,” he has said.

“Therefore, it is paramount that you may critically look into the growing complexity of policy paralysis, regulatory uncertainty, irregular meetings of GEAC, and NOC requirement that inhibit the prospects and growth of agriculture and food sector in India,” Pawar has told Modi.