The FIR comes after four attempts of mediation between the MLA and his wife failed to bear any result and Lipika insisted that the police should now take action against the AAP legislator. 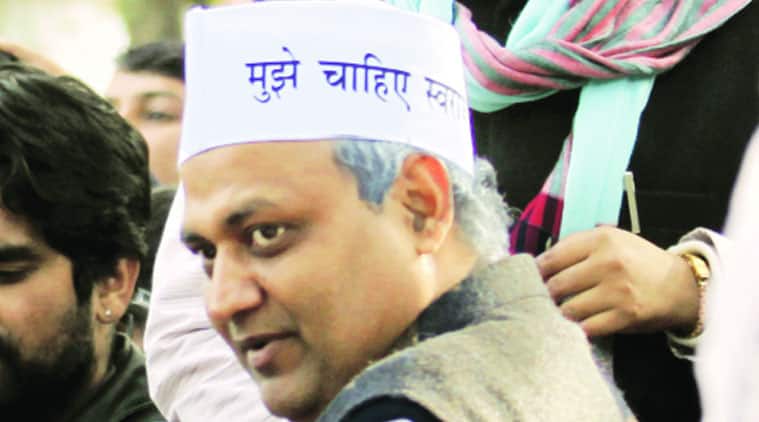 Delhi Spelling more trouble for former Delhi Law Minister and AAP MLA Somnath Bharti, Delhi Police on Wednesday night registered an FIR against him. The FIR was registered three months after his wife Lipika Mitra filed a case of domestic violence against him, levelling serious charges including that of “unleashing” dogs on her when she was pregnant.

Meanwhile, following the registration of the FIR, the statement of Lipika was recorded before Metropolitan Magistrate Manu Goel Kharb. She reportedly corroborated her earlier allegations.

Sources said before making any arrest, the police are likely to send a notice to Bharti, asking him to join the probe in the coming days.

Protest against solitary confinement: On fast for 36 days, Zabiuddin Ansari admitted to hospital