All India Personal Law Board submitted fatwa is just an opinion of Mufti and he has no power and authority to implement it. 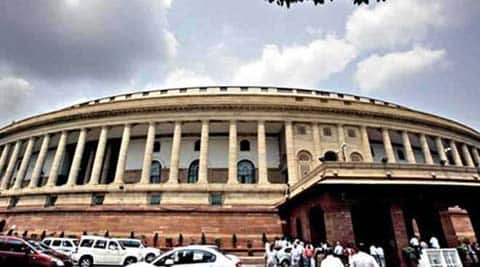 All India Personal Law Board submitted fatwa is just an opinion of Mufti and he has no power and authority to implement it.

Fatwa issued by Muslim clerics cannot be forced upon people and the state has to protect persons who are harassed for not following such dictates, the Supreme Court today said while expressing reservation in interfering with Shariat courts.

Holding that it’s a matter of choice for the people to accept fatwa or not, the apex court said running of institutions like Darul Qaza and Darul-Iftaa is a religious issue and the courts should interfere only when someone’s rights are violated by their decision.

“We can protect people who are subjected to suffering due to this. When a pujari gives a date of Dushera, he cannot force someone to celebrate the festival on that day. If somebody forces them on you, then we can protect you,” the bench said after the petitioner pleaded that fatwa issued by clerics is unconstitutional.

It said fatwa issued by clerics or prediction made by pandits do not violate any law and so courts should restrain them from doing so.

“Which law gives power to issue fatwa and which statute gives pundit power to make horoscope? Court can only say that the state will protect the people if one is subjected to suffering due to fatwa,” the bench said adding some fatwas may be issued for the welfare of the people.

“These are are political and religious issues and we do not want to go into it,” the bench said while hearing a PIL filed by an advocate Vishwa Lochan Madam challenging the constitutional validity of Shariat courts for allegedly running a parallel judicial system in the country.

All India Personal Law Board submitted fatwa is bot binding on people and it is just an opinion of Mufti and he has no power and authority to implement it.

Senior advocate Raju Ramachandran, appearing for the Board, submitted if a fatwa is sought to be implemented against the wish of the concerned person, then he can approach court of law against it.

The petitioner submitted the fundamental rights of Muslims could not be controlled and curtailed through fatwas issued by qazis and muftis appointed by Muslim organizations.