Explained: No peace in Santiniketan

SABYASACHI BANDOPADHYAY explains why students and teachers are angry at Santiniketan. 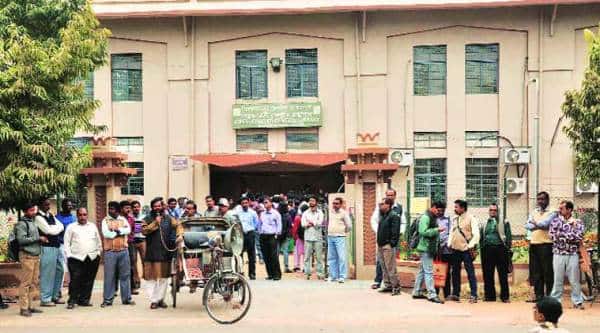 After AMU and Jadavpur, Tagore’s Visva-Bharati has become the latest prestigious university to see protests and the suspension of classes. SABYASACHI BANDOPADHYAY explains why students and teachers are angry

When and how did the agitation start?
On November 22, 2014, Vice-Chancellor (Upacharya) Sushanta Dattagupta abolished the longstanding quota for admission to undergraduate courses, and proposed a common admission test instead. This upset students and a section of teachers, who formed a steering committee and began an agitation on December 14.

What is the quota system?
Students who pass the higher secondary (Class 12) examination from the two schools under Visva-Bharati, Patha Bhavan and Siksha Satra, get weightage in admission to undergraduate courses at the university. This gives them advantage over applicants from elsewhere, and effectively ensures that every ‘internal student’ gets in.

What is the university’s argument?
Registrar D Gunasekaran says the university was instructed by the UGC in November that it must follow all central government rules on reservation. On January 9, UGC wrote again, saying “no reservation on domicile or internal reservation was permissible under UGC rules”. Gunasekaran says V-B could not ignore UGC instructions, and it is “unfortunate that classes are being stopped and the atmosphere of the university has been vitiated”.
[realted-post]
What do the protesters say?
They claim that the quota system has been in vogue from the time of Rabindranath Tagore himself, and is in tune with his teachings and ideals. “Out of 43 central universities, only V-B has schools affiliated to it. Gurudev himself wanted students from the schools to get higher education at the university itself. The V-C told us he had orders from UGC, but he could not show us the letter,” Jamshid Ali, president of the Chhatra Sanmilony (students’ union), said.

Teachers argue that the quota is not discriminatory, and does not lower the bar of academic excellence. “A total 1,824 students are admitted to 46 undergraduate departments every year. And some 180-220 students complete their education at the two schools on average every year. This number of internal students can easily be absorbed at the university, provided they are of a minimum standard,” Kishore Bhattacharya, one of the two conveners of the steering committee, said.

How did the agitation escalate?
On December 22, Chhatra Sanmilony members gheraoed the V-C, who reportedly promised them that the issue would be taken up at the Executive Council meeting of January 24. The agitation was suspended. However, at the meeting, the V-C allegedly refused to take up the matter. Bolpur physician Sushovan Banerjee, the President’s nominee on the Council, said the V-C had refused to discuss the matter, and announced there was no question of scrapping the (November 22) decision. On January 25, the agitation resumed, and all classes stopped.

What has happened since then?
On January 31, the V-B Adhyapak Sabha (teachers’ association) was told their salaries would be disbursed only after the V-C, who was out of town, returned. Prof Rajesh K Venugopal, secretary of the Sabha, described this as violation of rules and teachers’ human rights. Salaries were paid on February 2, but the teachers are continuing the agitation, and have now threatened a hunger strike unless the V-C is removed.