According to Soren, Ram, who was DGP twice, “formed the extremist organisations” when the BJP was in power in the state.

Jharkhand CM Hemant Soren has claimed that former DGP V D Ram, who is currently a BJP Member of Parliament from Palamau, was instrumental in forming three extremist groups — Tritiya Sammelan Prastuti Committee (TPC), People’s Liberation Front of India (PLFI) and Jharkhand Liberation Tigers (JLT) — in 2004 while he was in service.

Soren made the remark in the Assembly on Monday while responding to jibes from BJP legislators about deteriorating law and order situation in the state.

According to Soren, Ram, who was DGP twice, “formed the extremist organisations” when the BJP was in power in the state.

Though Ram remained unavailable for comment on Tuesday, some Hindi newspapers quoted him as saying that he was the one who had recommended the banning of these groups. “The CM should think carefully before he speaks,” Ram was quoted as saying by local dailies. 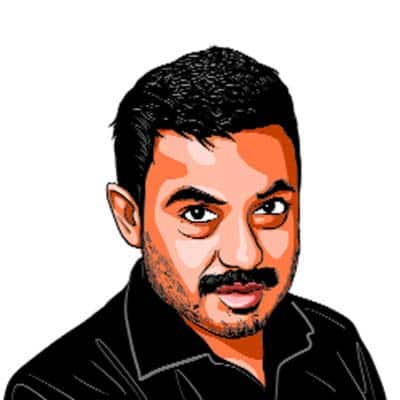