Rai’s disclosure came in his first report submitted in the court after he was asked to assist in the audit in April. 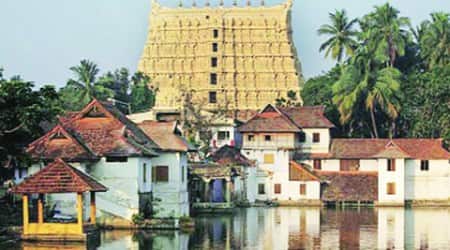 Vault-B has been opened seven times since 1990: Rai

Like all treasure trove stories, Kerala’s Shree Padmanabhaswamy Temple also has one striking tale of yore, dipped in curse and realms of imagination. That hooded King Cobras with forked tongues — coiled and ready to strike at lightning speed — protect one of its secret treasure chambers. And this is the vault that spells disaster for those who dare open it.

The mysterious Vault-B kept everyone at bay although five other vaults were opened in 2011 by a team mandated by the Supreme Court. The stocktaking had unveiled a treasure trove worth more than Rs 1 lakh crore — in the form of jewellery, idols, weapons, utensils and coins.  The myth of Vault-B, however, has now been shattered. Dismissing all apprehensions and fear of bad omen, former Comptroller and Auditor General (CAG) Vinod Rai has informed the Supreme Court that Vault-B  had been opened at least seven times to his knowledge since 1990.

Rai, who has been appointed as special auditor in the wake of the “disturbing facts” disclosed in a report by the court-appointed amicus, Gopal Subramanium, cited all the occasions as to when Vault-B was opened.  Illustrating the fact from the record kept by the temple authorities, Rai pointed out that Vault-B was opened twice in 1990 and five times in 2002. “Silver ingots were taken out and gold vessels were deposited and subsequently taken out, as evidenced from the entries in the Mahassar Books and other registers maintained by the treasurer of the temple and as produced before the audit team,” he said.

Rai’s disclosure came in his first report submitted in the court after he was asked to assist in the audit in April.  According to Rai, this was an area that required close scrutiny and verification. Notably, even on the last date of hearing, senior advocate K K Venugopal, who appears in the case for erstwhile rulers of Travancore, had read out about the vaults and their surroundings being infested with deadly cobras.

Venugopal was reading from a book titled ‘Travancore: A guide book for the visitor’ authored by Emily Gilchrist Hatch. Hatch, in her book, had not only recalled that a group of people who tried to open the vaults in 1931 had to flee for their lives when they found the place infested with cobras but also mentioned a similar unsuccessful attempt in 1908.

The reference had made a bench led by Justice T S Thakur comment in a lighter vein: “Is there a threat to life of judges too? Is that why they don’t want to open Vault-B?”

However, Rai’s report punctured the myth. The report also seconded Subramanium’s views that there were serious “deficiencies and inadequacies” in maintenance of records and there was also a “lack of financial control” over custody and use of precious articles. A credible system for accounting was also absent.

The court will hear the case next on November 11, by when Subramanium also needs to inform whether he was willing to continue as amicus in the case. On a plea by devotees’ counsel P B Suresh and Vipin Nair, the bench has asked him to reconsider his decision to opt out.  Subramanium had submitted a 500-page report as amicus, pointing out instances of grave mismanagement and possibility of a stealth in an organised manner “by the highest echelons”.