Ex-CAG: Cong MPs asked me to keep Manmohan out of 2G audit reports

Former Comptroller and Auditor General Vinod Rai, during whose tenure the CAG unearthed major corruption scams in the UPA government, Thursday claimed that some Congress MPs had told him to “keep the Prime Minister (Manmohan Singh) out of this (audit reports)” on the 2G spectrum licence allocation. Speaking to Times Now ahead of the release […] 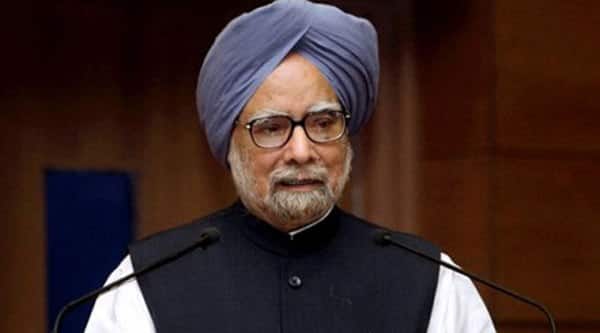 Former Comptroller and Auditor General Vinod Rai, during whose tenure the CAG unearthed major corruption scams in the UPA government, Thursday claimed that some Congress MPs had told him to “keep the Prime Minister (Manmohan Singh) out of this (audit reports)” on the 2G spectrum licence allocation.

Speaking to Times Now ahead of the release of his bo-ok, Rai accused the former PM of failing to prevent the controversial 2G spectrum licence allocation despite some of the ministers expressing concern about the process and despite having been informed by the then Telecom Minister A Raja about what he planned to do.

He also blamed Singh for inaction in putting in place an auction system for coal block allocation and making Suresh Kalmadi head of the Commonwealth Games organising committee without any government oversight.

Rai said after the CAG had already produced the 2G report, some Congress members of the Public Accounts Committee (PAC) told him to “keep the Prime Minister out of this”.

“…..During the course of meetings in the PAC or the sidelines of the JPC etc large number of people told me that look we need to keep this out and we need to keep that out. And I (have) mentioned in the book that after the PAC meeting on the 2G, Congress MPs did tell me that keep the PM out of this,” he said.

Asked to name the MPs, he said: “I can’t recall the names just now, but the Congress MPs who were present in those meetings were Sanjay Nirupam, Ashwini Kumar, Sandeep Dikshit…”

“But that was the time when the report was already out. And I mentioned to them that there are letters written by Mr (A) Raja to the PM and the PM has replied to them on the same day,” he said, adding that when the PM had been kept informed, there was no way the CAG reports could have kept him out. “These MPs certainly said (to keep the PM out). But it was too late, the report was already out, the PM’s name was very much there in the report,” he said.

When contacted, Nirupam vehemently denied the charge. “It is a complete lie. I challenge his memory. I have never ever spoken to him with regard to any individual in any context. I have countered him and have grilled him in the PAC meeting,” he said. Nirupam said he would send a legal notice to Rai and file a defamation case if he does not tender an apology. Dikshit said he became a member of the PAC on April 30, 2011 whereas the report of the PAC on 2G spectrum allocation was rejected by the members two days earlier on April 28, forcing its then chairman Murli Manohar Joshi to walk out of the PAC meeting. “It seems Vinod Rai has completely lost it. Either he has memory lapses or he is trying to malign me and the Congress.”

Meanwhile, senior Congress leader Manish Tewari said. “There was a JPC which had looked into the entire telecom paradigm from 1995 to 2009. The report of the committee was adopted by 14 to 11. It had completely debunked the thesis which Vinod Rai had propounded.”