2,226. That’s India’s tiger population in the wild, according to a recent study. But how did the researchers arrive at that number? 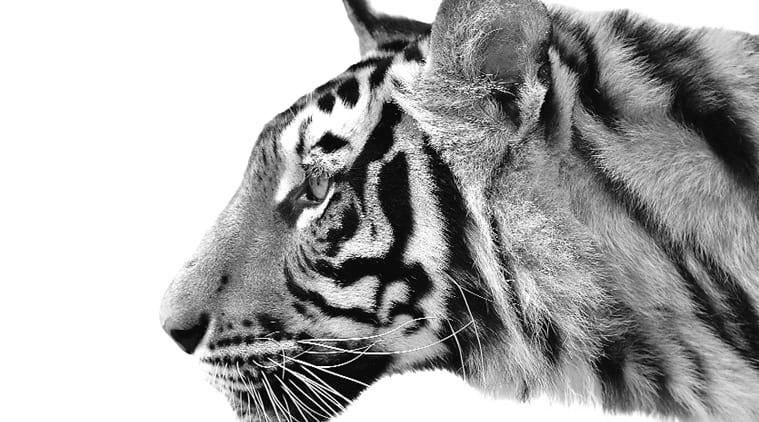 2,226. That’s India’s tiger population in the wild, according to a recent study. But how did the researchers arrive at that number?

For a nation that counts a billion and more people every ten years, counting a few thousand tigers might seem like easy game. Not true. For one, tigers are not easy to spot. And when they do get spotted, they don’t look very different from each other. That’s where tiger scientists find themselves in a bit of a spot.

Historically, pugmark technique has been one of the most popular ways of counting tigers. Each tiger is known to leave a distinct pugmark on the ground and these are different from the others in the big cat family. Photographs or plaster casts of these pugmarks are then analysed to assess the tiger numbers. Though the most reliable then, the pugmark method was only waiting to be replaced by a more accurate way of counting tigers.

As technology progressed, deploying cameras seemed to be the most obvious way of spotting tigers. Cameras could be left in dense forests for several days to capture images of individual tigers. There is very little subjectivity involved. Cameras have become an essential part of the tiger census, though they are not all there is to the exercise. It is not possible to install cameras at every place that is likely to have tigers, and even in places where they are installed, there is no certainty that the tiger would walk into a camera’s range.

K Ullas Karanth of the Bangalore-based Wildlife Conservation Society says DNA analysis of scats can also be used to estimate the tiger population. “Some people also claim you can use trained dogs instead of DNA testing, but that has not been fully proven,” he says.

The Recent Exercise
The Wildlife Institute of India, in collaboration with several other organisations and individuals, recently completed the most authoritative count of tigers till now. This was the third round of what has become a four-yearly exercise that started in 2006. The scientists relied on what is known as the double-sampling method for counting tigers.

The first stage involved ground survey by the forest department. More than 44,000 staff of the forest department surveyed a total of 9,309 grids, each 10 km x 10 km in area, to collect evidences of tiger presence — pugmarks, scat, scratches on trees or other such unmistakable signs of tiger presence. Not finding any such sign in an area did not mean no tiger was present. It only meant there were no detectable signs of its presence. A total of 3,78,118 square km of forests was surveyed in this exercise.

The next stage involved camera trapping. Based on the ground surveys, 9,735 locations were chosen for installing cameras. These cameras are heat and motion sensitive. They lie idle till they detect any motion or a sudden change in temperature. Which means, they capture just about anything that moves — other animals, even birds. All these get captured by the camera. Strictly speaking, the WII exercise is not restricted to tiger counting. It is about assessing numbers of other wild animals as well, mainly the big carnivores.

The images of the tigers captured have to be de-duplicated to find the number of individual tigers. Each tiger is known to have a very unique stripe pattern. This is used to differentiate one tiger from the other. While this differentiation can be done relatively easily with the naked eye in case of two or three tigers, comparing a large number of images becomes difficult. The researchers have developed a software that matches the stripes on any one image with those on all the other images and throws the best five matches. These are then analysed manually to assess whether the selected images are of different tigers. In the recent survey, the camera trappings threw up images of 1,540 distinct tigers. Therefore, this number has been established beyond doubt.

The exercise does not end here. It’s impossible for the cameras to capture every single tiger present in India. So, based on the ground surveys and camera trapping methods, an extrapolation is done to estimate the number of tigers in the entire country.

As Yadvendradev Jhala of the WII, one of the lead researchers in the exercise, admits, it is in this extrapolation that some people find faults. “But this extrapolation is done on very sound statistical and mathematical methods. It is not an arbitrary exercise. It is the best way of estimating tiger populations in places where the tigers have not actually been sighted,” he says.

The scientists use as many as 22 variables to estimate the number of tigers in an area where cameras have either not captured any image or where cameras could not be installed. These variables, like the abundance of prey, the quality of forests, the altitude, distance from roads, distance from human habitations, abundance of livestock, are then correlated with areas in which tigers have indeed been sighted. Each of these variables are assigned different weightage. Based on the aggregate score of these variables, a tiger population is estimated. This method is applied even to areas where cameras have made a few sightings, working on the assumption that not all tigers would get photographed.

Karanth, one of the collaborators in the project, is also among the critics. He says the double sampling method is “not refined enough to generate tiger numbers. It is also not the best to estimate where tigers are found”. Instead, he has been pushing for a method called ‘occupancy sampling’, “which tells more about how tigers are distributed. Since 90-95 per cent of tigers can be accurately counted using camera traps, there is no need to rely on the estimates from double sampling,” he says.

There is no disagreement, however, that tiger numbers have indeed shown a very healthy improvement in the last four years.

Jhala says there is documentation that shows there were around 40,000 tigers about 200 years ago. While there is no way the country’s tiger population can go anywhere close to that number, he says another 1,000 to 1,500 tigers can easily be added to the population. Karanth says Indian forests have the capacity to accommodate between 5,000 and 10,000 tigers.

American Sniper: In the cross hairs