The Tamil Nadu cadre IAS officer said the CBI will play a big role in future of India’s public. 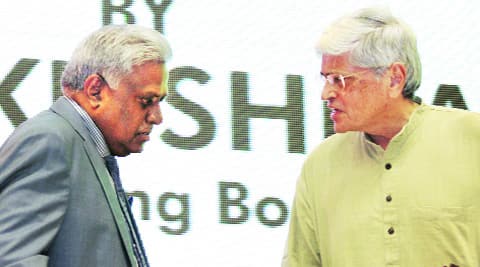 Calling the Central Bureau of Investigation (CBI) the ‘Department of Dirty Tricks (DDT) and a ‘government hatchet’, former West Bengal Governor Gopalkrishna Gandhi Tuesday said it should shed this image.

The former bureaucrat said the agency clothed in “opacity with a perfume of mystery” had a mixed image, not all of which was flattering.

Delivering the 15th D P Kohli Memorial Lecture, he criticised the move to take CBI out of the purview of Right to Information (RTI) Act. He said, “This is a pity. CBI is about investigations into corruption and certain crimes. It is not a security or intelligence agency.”

The annual lecture was organised by the CBI.

Delivering a lecture on “Eclipse at Noon: Shadows over India’s Conscience”, he justified criticism of CBI highhandedness and its lack of sensitivity to loss of reputation of senior bureaucrats against whom needless inquiries can get initiated.

Referring to political speeches, Gandhi said, “politicians of almost every party say if voted to office or voted back to office they will see to it that so-and-so will be in jail… shows they take the system for granted. Such politicians would want CBI to be its hatchet. After all, politicians in office want to use all options of power available. But why should CBI not resist

The Tamil Nadu cadre IAS officer said the CBI will play a big role in future of India’s public. On granting autonomy to CBI, Gandhi said he favoured it to be “spectacularly autonomous” and not “sensationally” autonomous.

“I would like CBI not to be under the Government for then it would have no autonomy, but I would like it to be accountable…I would like CBI to be under Lok Pal…The Director of CBI, like an Army or Air Force or Navy Chief, should be independent professionally but not a loose cannon,” he said.

He said CBI probes were often directed against very senior government officials and politicians wielding great influence. “They have to be handled judiciously without fear or favour. This is why CBI requires autonomy and an assurance of protection against capriciousness of highly placed individuals. Unfortunately, but predictably, successive governments have been reluctant to sanction that order of autonomy,” he said

Heard among UP Muslims: Either SP or Cong, not BSP