Former CAG Rai said political parties should introspect on why the election results came the way it came. 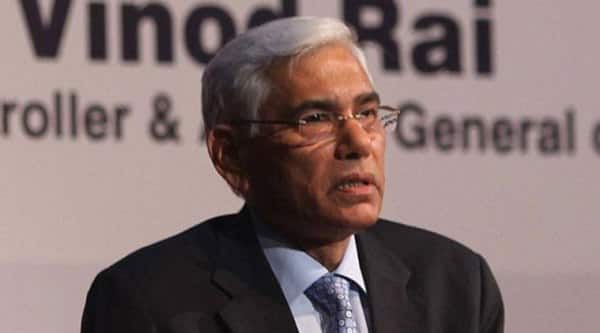 Former CAG Vinod Rai asserted that too much credit is being given to two or three audit findings and the Supreme Court rulings. (Source: PTI)

Refuting allegations of having political leanings, former CAG Vinod Rai has said that “credit or blame” for the fall of UPA regime cannot be squarely put on the apex auditor.

Rai – whose latest book ‘Not Just an Accountant’ – has triggered a political controversy, asserted that too much credit is being given to two or three audit findings and the Supreme Court rulings.

It is perceived that CAG findings in the cases of 2G spectrum and coal block allocations were among the major factors for the Congress-led UPA losing the general elections.

“I think it is giving too much of credit to two or three reports that came out or one or two decisions of Supreme Court because I think it is a very futile argument, just the way you said, that CAG has political leanings. When you have nothing to counter CAG on merit you say you have political leanings,” Rai told PTI in an interview.

The book touches upon happenings during Rai’s tenure from 2008-13 as the Comptroller and Auditor General as well as  about the role of Prime Minister Manmohan Singh in the previous UPA regime.

About allegations that his report was one of the reasons for the fall of Congress and rise of BJP, Rai said political parties should introspect on why the election results came the way it came.

“…it is (said) it is not the failings of the government but was reports of the CAG. I think it requires much more internal introspection for any of the political parties to do, I am not naming anybody, why the result came the way it came.

“I am certain that the credit or the blame cannot be squarely and only that of the reports of the CAG,” he noted.