Yellapragada Prabhakar Sharma, a native of Guntur district of Andhra Pradesh, had purchased 36 acres in Chegur village in Kothur mandal of Mahbubnagar in Telangana in 2011 and floated a Brahmin-only venture. 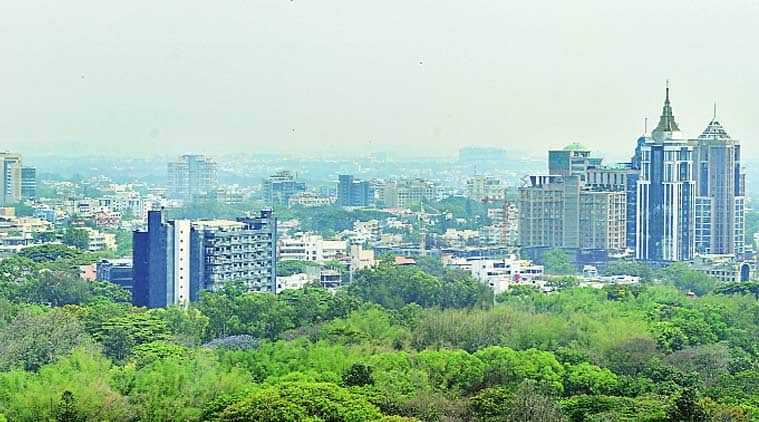 A real estate developer who promised to establish a Brahmin-only township on the outskirts of Hyderabad was arrested on Tuesday for duping customers by selling them fictitious plots and resorting to double registrations.

Yellapragada Prabhakar Sharma, a native of Guntur district of Andhra Pradesh, had purchased 36 acres in Chegur village in Kothur mandal of Mahbubnagar in Telangana in 2011 and floated a venture, Raghavendra Real Estate, to create a `Vedagayatri Agraharam’-an exclusive estate where only Brahmins will reside.

Sharma promised to establish a community and wedding hall, a cow shed, vedic school, Brahmin IAS Academy, homeopathic and ayurvedic clinics and an old age home. Sharma advertised his scheme on local TV channels and apparently got a tremendous response from the community primarily from bank employees, teachers, and retired government servants.

“He floated an easy-to-purchase scheme for 200 sq yards plots, each costing between Rs 6 lakh to Rs 6.50 lakh in which 20 per cent had to be paid as down payment and the remaining amount in 100 EMIs. He ensured that all the EMIs were paid through electronic clearing service (ECS) from the client’s bank account in the first week of every month and as soon as it was credited to Prabhakar Sarma’s account, he would withdraw the money the next minute.

“He was getting Rs 10 to Rs 12 lakh every month through EMIs. But instead of selling one plot to one owner, Sarma started cheating his clients by selling the same plot to several people and amassing crores. Originally, the 36 acres had only 441 plots, each of 200 sq yards but Sarma sold these 441 plots to 936 persons and amassed Rs 25.19 crores,” Mahbubnagar SP P Vishwa Prasad said.

It was only when some customers started asking why no work to create facilities in the estate had started that the fraud came to light.

“Three customers first found out that their plots were also sold to others with fictitious plot numbers and one of them lodged a complaint with us. We are investigating if any government staff was involved in helping with double registrations, and who all were involved in the scam,” the SP said. Sharma was remanded to police custody on Thursday.

The first complaint was filed at Kothur Police station by one customer S Ramakrishna who accused Sharma of cheating customers by selling the same plot to two or more people and a case was registered under IPC Section 410 (cheating) and 406 (criminal breach of trust). Sharma was arrested after he confessed to fraud and cheating.

Officials say Sharma exploited the sentiments of the highly caste-conscious Brahmin community, especially those from Andhra settled in Hyderabad who fell for the trap. “It seems people were duped by his talk that it was his mission to unite Brahmins and create conditions for high standards of living for them in the purest form.

He used to hire cars and SUVs by the dozens to take prospective customers from his office in Nagole area to see the plots at the project he named ‘Veda Gayatri Agraharam’,” an official said.

Sharma’s website says, “As a person from pure brahmin family and as he have an idea on how brahmins are fulfilling their roles for a better society, and with an intention to unite brahmins and let them live as pure brahmins Y Prabhakara Sharma started Vedagayatri Agraharam. Brahmins are playing a dominant role exhibiting their efficiency in different fields of development in the world which helps to build a good society. Brahmins are becoming example and standing as a model to the other communities and because of the service being rendered, the society is being developed.

“… As the Raghavendraa Real Estate’s Managing Director who is an orthodox Brahmin thought that there should be a separate pleasant estate of its own kind and with good atmosphere. So this estate is an image of the dream of Prabhakara Sharma who is a principled Brahmin. Because of certain reasons there was a lack of unity among the Brahmin community. To make them united, to occupy good position financially, socially and to develop the life style of the Brahmins, Prabhakara Sharma came forward to extend helping hand to all the Brahmins by allowing to give plots in simple installment basis and expecting his dreams materialized.”

According to Mahbubnagar Police, Sharma duped all his customers and invested the money to purchase flats for himself in the posh Gachi Bowli area of Hyderabad, and Visakhapatnam, and purchased 11 motorcycles, 8 trucks, and 11 buses to start a transport business.