Birds and The Big Brains

The complex physics of their flight has always inspired humans. 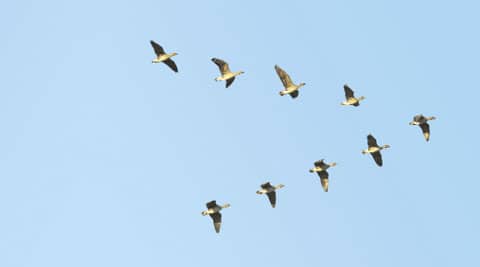 The housefly will laugh. “You call that flying? Watch me!” Some other time surely!

Even now, I can happily spend the whole day watching planes land and take off. It really is astonishing how 500 tons of shiny, roaring metal races down the runway, and then finds itself rising into the sky, lifted by nothing more than air. And those heart-stopping landing moments as it drops lower and lower, the puff of smoke and squeal of rubber as it touches down with those flimsy looking wheels. And all that noise and drama — it’s a spectacle every time.

And then there are birds… We don’t blink when 500 pigeons do a mass vertical take-off (in stupid panic), or when a black kite dives down between a mess of high-voltage wires to snatch up a dead rat from the middle of a road. We are, of course, still deeply envious of their ability to fly, which is why we keep them cooped up in claustrophobic cages as “pets”.

But we observed what was going on, and down the eons, the heavy brains got to work — Archimedes, Aristotle, Galileo, Leonardo Da Vinci, Isaac Newton, Daniel Bernouilli, et al. We know about lift and drag and thrust and angles of attack and aerodynamics and aerofoils.

It’s all very complex physics that gets more intricate as you delve deeper. But there’s a simple experiment I never tire of doing, which will bring a smile to your face and a lift to your heart, and that explains some part of it. Hold a flight feather absolutely horizontally (a zero angle of attack as they would technically say), its curved, convex surface facing upwards.

Then whisk it swiftly forward… What happens? Yes, the feather wants to fly — it rises! You can understand this happening if the feather was held at a slight angle — as pressure would build up under it due to resistance — but with a flatly held feather? Nothing like this happens with a flat piece of paper. Ah, but the feather has a convex surface and what’s happening was explained by the good Dr Bernouilli. Because the topside of the feather is curved, the air rushing over it has a longer distance to cover and must speed up and, in doing so, exerts less pressure than the underside, thus resulting in lift. It’s called the Bernouilli principle and is why aircraft wings are so shaped, and is responsible for providing 2/3 of the lift experienced by a wing. The rest is provided by the angle of attack — the angle at which the wing is slanted.

We gawp at air shows as fighter jets perform breathtaking stunts, but we’re still top-gunned by birds. Jet engines gulp vast quantities of aviation fuel, produce shattering noise, and most planes need runways and elaborate navigation systems and gigantic backup. Birds tank up with fruit or nectar or grain or meat or our leftovers. They dive and do barrel rolls, can explode vertically into flight or fly non-stop for hours, glide and soar across entire countries without burning more than a couple of calories, navigate by looking at the sun, stars, scenery, and by using the earth’s magnetic and gravitational fields, and land with pinpoint accuracy on a favourite tree-top. A flock of 1,000 starlings can produce an aerial display, which will make the most daring Red Arrows stunt pilots go pale and ask for their teddy bears. Aircraft need engines to provide thrust and wings to provide lift. The wings of birds provide both lift and thrust, working like propellers as they flap busily up and down, pushing the air downwards and backwards. Their honeycombed, hollow bones are light and have airspaces, their lungs provide a continuous flow of oxygen to the body. White anaerobic muscles (like in chickens and partridges) explode glycogen for panic take-offs, while the red muscles of endurance flyers like eagles and geese burn fat. They’ve got it taped!

Besides, have you ever watched a flock of madcap ducks land on a lake? You’ll hear this fighter jet whistling of a thousand wings slicing through the air. You look up… The sky is full of pinpoint specks speeding across. Oh — oh, too high and too fast! Suddenly they’re falling, side-slipping, dropping like rocks — seemingly lunatically out of control. It’s called “whiffling”. Just over the water, they straighten up, extend webbed feet as air brakes and touch down lightly, and wag their tails. Job well done!

The housefly will laugh. “You call that flying? Watch me!” Some other time surely!

Ranjit Lal is an author, environmentalist and bird watcher. In this column, he reflects on the eccentricities and absurdities of natur. 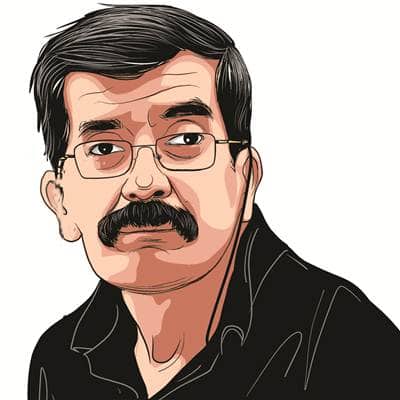