Bills imposed, says oppn, so might as well disband BAC

Rudy, meanwhile, sought to clarify and said the bills will be brought to the Lok Sabha only after the BAC allocates time. 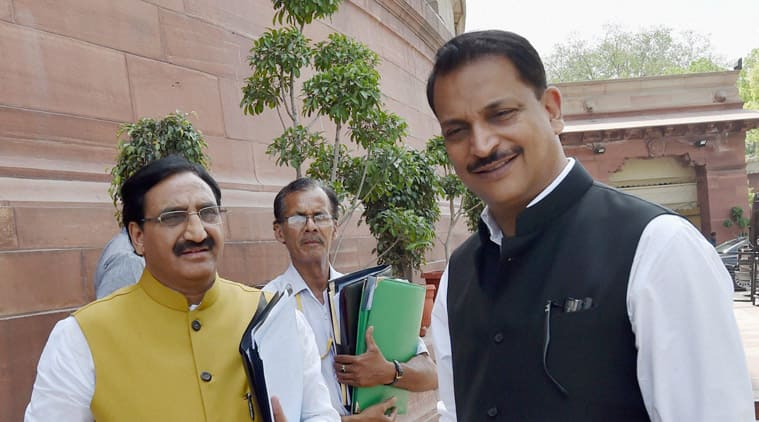 Amid heated debate, the opposition Thursday accused the government of imposing its legislative agenda that was not discussed in the Business Advisory Committee meeting Wednesday. This was after the government had proposed to bring certain controversial bills next week.

After question hour, Minister of State for Parliamentary Affairs Rajiv Pratap Rudy read out a statement detailing the government’s legislative business for next week, in which he also mentioned the contentious Land Acquisition (Amendment) Bill and the Land Boundary Agreement Bill.

“On what basis is the government bringing the bills when they were not discussed in BAC…The government seems to be starting a new tradition. Then you might as well disband BAC. You should also disband parliamentary committees as they have lost relevance,” Scindia said, as MPs of other opposition parties such as the CPM, the TMC and the BJD joined ranks with him. Scindia pointed out that when the issue of these two bills had been raised during the BAC meeting, the government had said it had no current plans to bring them.

Rudy, meanwhile, sought to clarify that what was discussed in the BAC had already been tabled in the House and what he read out was the government’s proposal on the bills to be taken up next week. He said the bills will be brought to the Lok Sabha only after the BAC allocates time.

TMC MP Saugata Roy said such “surreptitious and hush-hush methods should not be there”, while CPM leader Mohd Salim termed it an “insult to the BAC”. BJD MP Tathagata Satapathy said adding things not discussed in the BAC was “very wrong”.

Finance Minister Arun Jaitley said the BAC report and the report on the government’s business were separate issues. “There are two separate items. What you discussed in the Business Advisory Committee is item No. 9A… Circulated or not circulated, item No. 9A refers to the report of the BAC… There is a separate item No. 14 which is the statement of the minister with regard to government business. Now, the minister’s statement with regard to government business is the government’s request, subject to the BAC and the Speaker approving, that this is to be taken up next week. Week after week, these two items are listed separately. It is for the first time that some confusion has arisen in your mind that both the items are one,” he said.

The Speaker intervened to say the reports were separate and the matter should rest there. She added a meeting of the BAC next week would discuss these issues.