As per the Bill, introduced in the Lok Sabha in March, the provisions would come into effect from April 1, 2016. 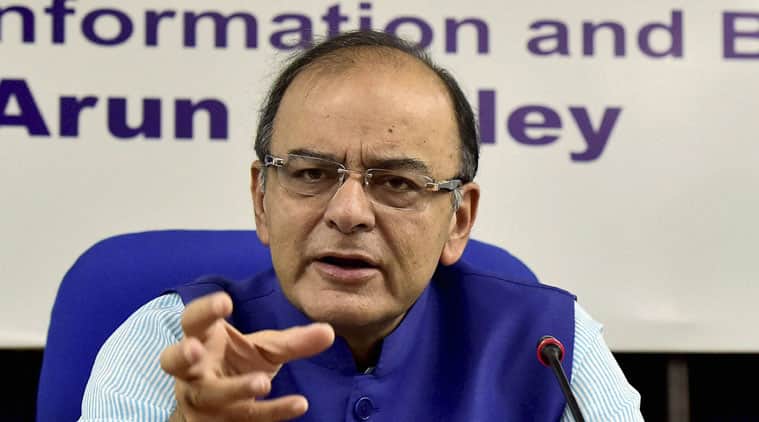 Arun Jaitley said if the law is not passed immediately, then the government loses out on taxes in the current year.

Finance Minister Arun Jaitley on Monday moved in Lok Sabha a bill which provides for penalty and tax up to 120 per cent along with criminal prosecution for those who have parked black money abroad.

Piloting the Undisclosed Foreign Income and Assets (Imposition of Tax) Bill, 2015 for passage, Jaitley asked the Opposition not to develop “cold feet” in supporting the legislation.

He rejected the opposition demand of referring it to the Standing Committee saying the delay in enacting the legislation would provide an opportunity to offenders to transfer unaccounted overseas wealth to unknown destinations.

For those wanting to come clean, Jaitley said there would be a compliance window in two parts — to declare assets and to pay 30 per cent tax and 30 per cent penalty.

Citing an example, he said, there could be a two-month window to declare overseas assets and within six months one would have to pay tax and penalty.

Once the compliance window closes, anyone found having undeclared overseas wealth would be required to pay 30 per cent tax, 90 per cent penalty and face criminal prosecution, said Jaitley.

The Bill, which was introduced amid persistent demand for dealing effectively with black money stashed abroad, provides for rigorous imprisonment of up to 10 years for offenders.

As per the Bill, introduced in the Lok Sabha in March, the provisions would come into effect from April 1, 2016.

Jaitley said that since this is the first time that the government is imposing a tax on undisclosed foreign income, hence he has provided for a compliance window for offenders to come clean.

The duration of the window would be notified separately once the Bill gets the approval of Parliament.

Listing out reasons for not referring the Bill to the Standing Committee, Jaitley said: “Flight of unlawful assets is very quick. Merely sitting on laptop, one can transfer funds from 120-150 countries. We must take immediate steps to stop this and hence this law must be immediately passed.”

He said if the law is not passed immediately, then the government loses out on taxes in the current year.

The House witnessed a lot of procedural wrangling with Deepender Hooda (Cong) saying it is a Finance Bill and is brought in as a Money Bill. He also demanded that the Bill be referred to the Standing Committee.

Speaker Sumitra Mahajan, however, overruled Hooda’s contention and said the bill is a Money Bill.

As members from AIADMK and BJD also pressed for referring it to the Standing Committee saying the contents of the bill have far-reaching implications, Mahajan said the Finance Minister had written to her on April 25 for not referring the Bill to Standing Committee.

Quoting the letter, Mahajan said the Minister had mentioned that Bill needs to be passed at the earliest so that government can take urgent action to bring back black money.