Due to its peculiar geographical locations and conditions, Andaman and Nicobar Islands are vulnerable to illegal cross-border activities. 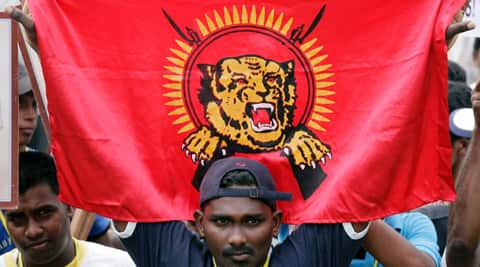 Left out LTTE cadres are said to be active in Andaman and Nicobar Islands. (AP)

Are the islands of Andaman and Nicobar potential terror hubs? Yes, feels the administration of the Union Territory, which has said the possibility of LTTE cadre trying to make them a safe haven cannot be ruled out. The administration has also conveyed to the government that foreigners from Myanmar, Bangladesh, Thailand and Sri Lanka often intrude into the archipelago.

The Home Ministry has told the Parliamentary Standing Committee on Home Affairs that according to the Union Territory Administration, Andaman and Nicobar Islands have settlers from Sri Lanka, Bangladesh and Myanmar and possibility of these settlers being used “by elements from their erstwhile countries” cannot be ruled out. “The UT government is of the view that left out LTTE cadre may look for safe havens in the near vicinity and may take advantage of our uninhabited islands for their temporary hideouts,” the Home Ministry told the panel.

The Andaman and Nicobar Islands are situated in the Bay of Bengal at a distance of 1200 km from the mainland. These islands are spread over an area of 8249 sq km. This group comprises 572 islands, of which only 38 are inhabited. The island authority has conveyed that the local Tamil population in the islands, like other parts of the country, is also sympathetic to the cause of Sri Lankan Tamils.

Further, sympathy of Sri Lankan Tamil refugees, who were brought and settled in these islands during 1960s and 1970s, may be easily gained for abetting, aiding and assisting the LTTE outfit in providing temporary shelters under the thick forest covers in the islands. “In fact the geographical locations and conditions make these islands an ideal place for providing safe havens for terrorist groups for jungle warfare training and even dumping grounds for arms and ammunition,” the Standing Committee on Home Affairs has been informed.

Owing to its proximity to Myanmar (which is only 45 km from the northern most point of Andaman and Nicobar Islands and Indonesia is just 160 km from Campbell Bay), Thailand and Indonesia, a large number of foreigners intrude into Indian territory for poaching of marine resources. Since a large number of islands are uninhabited and scattered over a large area in Andaman and Nicobar, the archipelago is easily accessible by anti-national elements. Bangladeshi nationals often intrude into these islands through sea route. A number of Bangladeshis have been arrested from the islands and deported.

Andaman and Nicobar Islands have peculiar geographical locations and conditions, which make it vulnerable to serious threats from illegal cross-border activities by various foreign elements. The islands consist of deep tropical jungles and remote islands, separated by miles of deep sea from each other. The foreign intruders often go deep into the creeks and jungles to take shelter, the panel has been told.

Yamuna ‘dirtier’ than before despite spending crores: Panel