2008 Malegaon blast case: Victims want Rohini Salian on their side

Salian was approached to associate with the case by lawyers contacted by the NGO Jamiat-Ulama-E Maharashtra which has been asked by the victims to represent them as “interveners”. 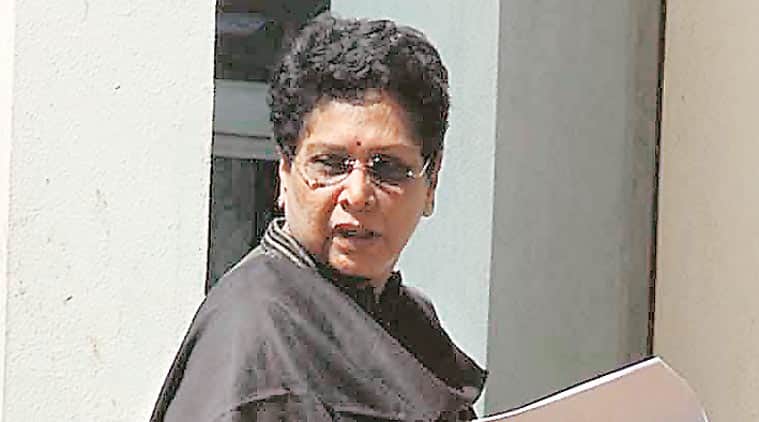 More than two months after Rohini Salian, the then public prosecutor in the 2008 Malegaon blast case, told The Indian Express that she was under pressure from the National Investigation Agency to go “soft” in the case, she has been approached to represent the victims during the trial, beginning Saturday, as a “watching advocate”.

Salian was approached on Friday to associate with the case by lawyers contacted by the NGO Jamiat-Ulama-E Maharashtra which has been asked by the victims to represent them as “interveners”.

Under Section 301 (2) the CrPC, which specifies the rights of the victim, a “watching advocate” represents the aggrieved party… “and acts under the directions of the Public Prosecutor and may, with the permission of the court, submit written arguments on the evidence in the matter”.

When contacted on Friday, Salian did not confirm or deny the development. But an advocate involved with the case confirmed that he was in talks with Salian on the issue.

“Since she is well aware with the facts of the conspiracy and the case and also knows the role of each charge-sheeted accused, we decided that it’s best to invite her to lead us as the watching advocate,” said the advocate, adding that he has had two interactions with Salian on the issue since August.

Earlier, a delegation from Malegaon led by Nisar Ahmed, father of Sayyed Ahmed, one of the victims in the 2008 blast at Bhikku Chowk, had met Salian and asked her to represent them.

Speaking to The Indian Express then, Salian had said: “I don’t think, as a principle, I can take any of these matters as I cannot argue (cases) where I have given legal opinion in the past. It is not correct and goes against legal principles.”

If she accepts the latest proposal, Salian will have to first seek the special court’s permission to assist the NIA public prosecutor.

The Malegaon blast, on September 29, 2008, claimed four lives and injured 79 while another blast at the same time in Modasa in Gujarat killed one. Initially, Muslims were seen as suspects in the case but investigations led to alleged Hindu extremists based in Indore, as first reported by The Indian Express on October 23, 2010.

Twelve people were arrested in the case, including Sadhvi Pragya Singh Thakur and Col Prasad Shrikant Purohit. Of the 12, four are on bail.
In her interview published in The Indian Express on June 25, Salian had said that since “the new government came to power,” she has been under pressure from the NIA to go “soft” in the case.

The NIA officially countered the statement, saying that the trial was yet to start. While Salian is yet to be officially denotified, the agency has appointed Avinash Rasal as the new public prosecutor in the case.

The special court trial will be presided over by S D Tekale, Judge, City Civil Court and Additional Sessions Judge, Greater Bombay, following orders from the Supreme Court which is also hearing a PIL filed last month seeking its intervention to ensure a fair trial.