At Christmas dinner, Home minister says entire govt is with the community. 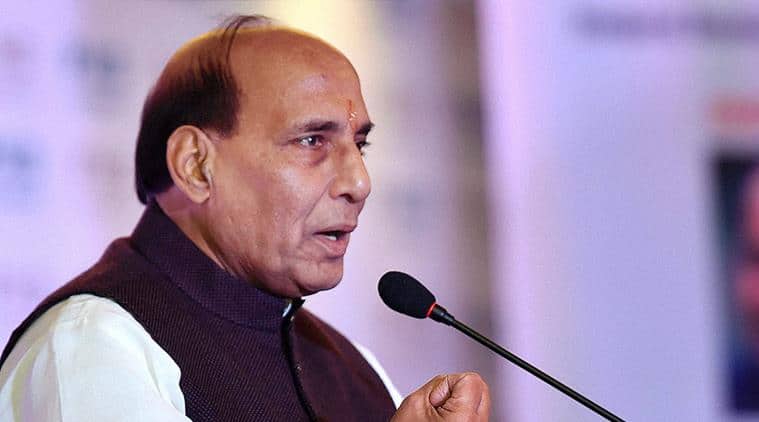 UNION HOME Minister Rajnath Singh on Thursday assured the Christian community that the government will not let “injustice” happen to them.

“I want to tell the bishops that if you are facing any problem, you can contact me. I will try and solve your issues,” he told leaders of the community at a Christmas dinner hosted by the Catholic Bishops Conference of India (CBCI), the apex decision-making body of the Catholic Church in India.

“I will not let injustice happen to you,” he said.

Recalling the attacks on churches and Christian-run institutions during the campaign of the Delhi Assembly election, the Home minister said, “I don’t know whether it was coincidence or conspiracy.”

With leaders of the community expressing apprehension over the safety and security of minorities under the BJP government at the Centre on many occasions, the Home Minister said, “I have always been with you, I am with you and I will be with you. It is not just me, the Prime Minister and the entire government is with you.”

Among those present on the occasion were CBCI president Cardinal Baselios Cleemis and other cardinals, archbishops and bishops along with Rajya Sabha Deputy Chairman P J Kurien, CPM general secretary Sitaram Yechury and leaders from BJP and Congress.

Singh said Prime Minister Narendra Modi asked him to attend the Christmas dinner. “While I was at the meeting of council of ministers, he reminded me that I should go and attend this,” he said, adding that he always had the “desire” to attend the community’s functions. “Indian traditions and Christians have many things in common,” he said.

Pointing out that India is an inclusive society, he said the BJP government is committed to protect it. Singh also had dinner with the cardinals.

Addressing the gathering, Cardinal Cleemis asked the government to take “anxiety of different sections of people including that of minorities” seriously and “bring peace and joy, justice to everyone beyond faith formulation”.

Stressing that dialogue involves both listening and responding, the cardinal said, “It is a seeking both to understand and be understood. It is a readiness to put questions and to be questioned. True dialogue shall be guided by authentic love and truth.” “It is of utmost importance that the government takes maximum efforts to keep all citizens in peace and tranquillity. In the secular and democratic country of ours, this is a genuine sign of true secularism and loyalty to the holy book of the country — the Constitution,” he said.