“We at Princeton believe that it is a fundamental advantage for a university to be able to tolerate even offensive kinds of speech...,” he said. 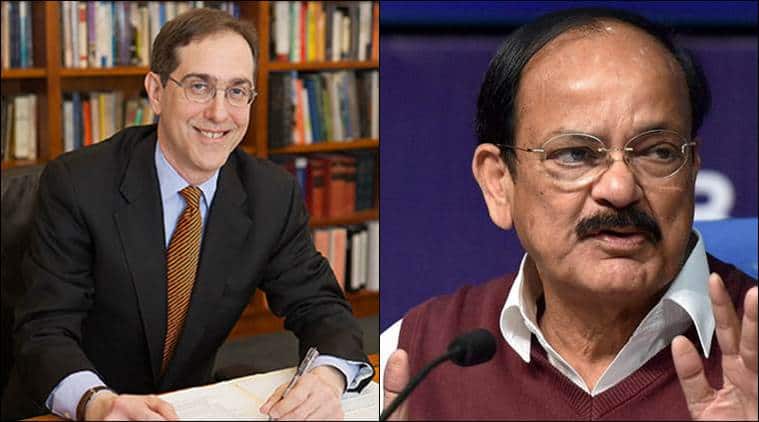 “We at Princeton believe that it is a fundamental advantage for a university to be able to tolerate even offensive kinds of speech…,” Christopher said. (Source: Princeton)

Union Minister M Venkaiah Naidu may feel that no American university would allow students to commemorate Osama bin Laden on campus the way Afzal Guru’s death was marked in JNU, but Princeton University President Christopher L. Eisgruber begs to differ. “We would and should tolerate that. It would be very disruptive. People would be very angry about the statement. But we would not discipline somebody for making statements of that nature,” Eisgruber told The Indian Express.

“We at Princeton believe that it is a fundamental advantage for a university to be able to tolerate even offensive kinds of speech and to respond to bad arguments when they are made with more speech rather than with disciplinary actions,” he said. Princeton University is one of the eight Ivy League educational institutions in the United States and has produced 41 Nobel laureates, including economist Angus Deaton and physicist Arthur McDonald who won the prize last year.

Last month, while alluding to US Ambassador Richard Verma’s remark on “free speech” being “the hallmark of democracy both in India and the US”, Naidu, without taking names, had hit back in Parliament asking if the US would “tolerate” any campus meeting on its soil to mark the “Osama bin Laden martyrdom anniversary”. Naidu had said this in the context of alleged anti-national slogans being raised during an event in JNU on February 9.

Asked if he agreed with Naidu’s assumption, Eisgruber said, “We would permit that (event) and there would be no disciplinary action of any kind against those students. That’s unambiguous. It could be very offensive. I might be called upon depending on what the students said or did. Under some circumstances, I might have to speak out and indicate my disagreement as the President (of Princeton) and say that what the students were expressing was not consistent with the views of the university. I expect in the circumstances you are describing, there would be a number of people who would call on me to take action. I get people writing to me saying you must discipline a speaker. We don’t do it even when the views are very offensive.”

“We think that the university, as we conceive at Princeton, is founded on the idea that overall you are better off letting offensive ideas be stated even when they are very offensive. And responding to them and letting truth come out of the discussion rather than stepping in and censoring speech in one way or another,” he said.

Eisgruber is a noted constitutional scholar in the US and was elected as Princeton’s President in April 2013. Apart from writing books and articles on constitutional issues, he has also testified several times before legislative bodies in America on the issue of religious freedom. He is currently visiting India to connect with Princeton alumni and to explore future collaborative research opportunities with Indian institutions.