Winter Session: Arun Jaitley reaches out to Opposition on GST

Willing to talk changes but cautions against some Cong suggestions: ‘flawed architecture can damage’. 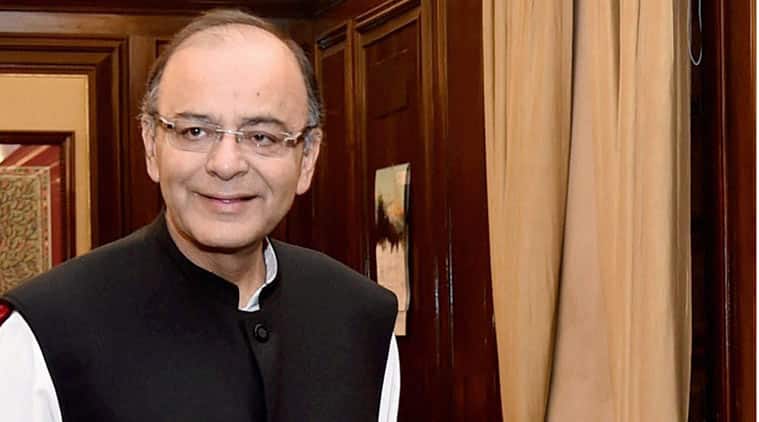 Two days before the start of the winter session of Parliament, Union Finance Minister Arun Jaitley expressed the government’s willingness to discuss with the Congress-led opposition the possibility of making changes to the Goods and Services Tax (GST) bill in a clear bid to break the stalemate on the proposed tax reform.

Speaking at an Assocham event in New Delhi Tuesday, Jaitley, however, emphasised that some of the suggestions made by the Congress were “not in the larger interest of the GST structure” and warned that a GST regime with a “flawed architecture” could have the potential to “actually damage the system much more than it can benefit”.

“We are reaching out to them, we are willing to discuss with them because some of these suggestions may not necessarily be in the larger interest of the GST structure,” Jaitley said.

The GST, which will subsume more than a dozen state-level taxes to create a unified national market for goods and services, is to be implemented from April 1, 2016. A crucial Constitution Amendment Bill for enabling the rollout of the new tax regime, however, could not go through Rajya Sabha in the last session of Parliament due to opposition from the Congress.

Jaitley’s comments came as Prime Minister Narendra Modi reaffirmed his government’s commitment to rolling out the GST among the slew of reform measures being pursued by the Centre.

Speaking at the India-Singapore Economic Convention in Singapore, Modi was quoted by PTI as saying: “We are hopeful to roll out the GST regime in 2016.”

Echoing this view, Jaitley underscored the point that those stalling reforms should realise that the space for obsolete thinking is now shrinking and those who support reforms are much bigger than those who obstruct.

introduced the GST. It did not dawn on them when Mr P Chidambaram accepted the standing committee recommendations. But to come out with the preposterous suggestion that tariff must be mentioned in the Constitution document so that in a given exigency, if tariff has to be altered, you need a two-third majority in both houses of Parliament and has to go to each of the states,” he said.

Jaitley said it would be “extremely unfair” to the country “if we try to impose in the name of political compromise, a GST with a defective architecture”.
“And when tariff rate has to be mentioned in the Constitution itself, (then it) is a flawed architecture… Because the GST with flawed architecture can actually damage the system much more than it can benefit,” he said.

The Congress had stalled passage of the GST bill in the last session of Parliament over its demand that a revenue-neutral rate not higher than 18 per cent be mentioned in the Constitution Amendment bill.

Stating that the mention of the tariff rate in the Constitution amendment itself was tantamount to a “flawed architecture,” Jaitley said this wasn’t there in Pranab Mukherjee’s as well as Chidambaram’s bill. He also pointed to faults in the dispute resolution mechanism suggested by the Congress, which has pitched for a clear dispute-resolution mechanism to resolve disagreements between the states and the Centre as also 100 per cent compensation to states for revenue loss for the first five years.

“Two suggestions have emerged. The first is make the Centre one-fourth (in the dispute-resolution body) And if Centre becomes one-fourth, states become three-fourth (and they) can decide on India’s taxation policy. So, India as a union of state ceases to exist,” Jaitley said.

He said the other suggestion is to create a forum where judges will decide. “Now in India, there is separation of powers between the executive and the judiciary… It’s already being diluted with a large part of legislative and executive power going away… taxation is one of the very few powers that Parliament has. That in the world’s biggest democracy, the power of taxation must also go to court,” he said, in a reference to the flaws in the opposition’s demands.

“And once we are going in for such reforms, this reform takes place once in decades. The party having ruled India for almost over fifty years, to make a suggestion of this kind, I think they will probably have to revisit some of these suggestions. I have no difficulty in discussing these with them but the suggestions must never lead to a GST with a flawed architecture,” he said.

The April 1 deadline for a nationwide rollout of the GST — touted as the biggest tax reform in the country post independence — is unlikely to be met unless the Parliament passes the bill in the winter session spanning November 26 to December 23. Once the bill is passed, more than half of the states have to ratify it before Parliament passes another enabling bill to implement the GST.

The Congress has raised its opposition to a proposal that accords states the powers to levy an additional 1 per cent tax on supply of goods over and above GST rate. It has also asked for tobacco and petroleum products to be subsumed within the GST regime.

On the government’s move towards phasing out corporate tax exemptions, Jaitley said: “We have already notified the first slot. Obviously when you bring down the tax rate from 33 per cent down to 25 per cent, some exemptions will have to go and too many of these exemptions eventually make the tax policy of India a rent-seeking exercise. This cannot continue indefinitely in an economy which aspires to be a global leader.”

He also said that the commercial court law and arbitration law for early disposal of all commercial disputes are all part of the agenda to make business easier. “We will try and introduce some of the legislations in the coming session of Parliament itself”.