The board's remarks come weeks after the Supreme Court sought the Centre’s response in a plea challenging the constitutionality of Muslim practices of polygamy, triple talaq and nikah halala. 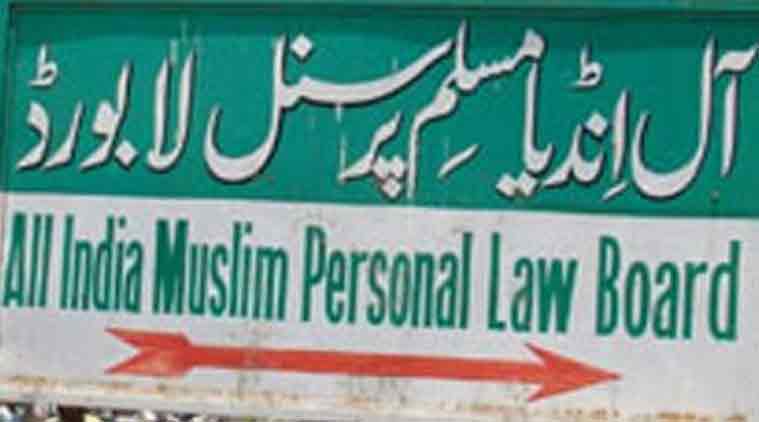 The board will send the resolution to PM Narendra Modi for continuing with the stand of “non-interference by courts and government in Muslim personal law” in two cases pending in Supreme Court, board member Zafaryab Jilani said.

The All India Muslim Personal Law Board (AIMPLB) Saturday alleged that attempts are being made to “interfere” in Shariat laws through courts and appealed to the NDA government to maintain the stand of “non-interference in such matters” as was adopted by the previous governments.

The AIMPLB working committee passed a resolution to this effect in a day-long meeting at Islamic seminary Darul Uloom Nadwatul Ulama in Lucknow. The board will send the resolution to Prime Minister Narendra Modi for continuing with the stand of “non-interference by courts and government in Muslim personal law” in two cases currently pending in the Supreme Court, board member Zafaryab Jilani said.

His remarks comes weeks after the Supreme Court sought the Centre’s response in a plea challenging the constitutionality of Muslim practices of polygamy, triple talaq (talaq-e-bidat) and nikah halala (by which a Muslim man is not allowed to remarry his divorced wife if she did not marry another man after she was divorced). The plea has been moved by one Saira Banu who wants triple talaq, nikah halala and polygamy declared illegal, calling them in violation of Articles 14, 15, 21 and 25 of the Constitution.

Jilani said the board will also prepare its stand with the help of Ulamas (Islamic law scholars) and submit it before the Supreme Court. He said the board will inform the apex court that Islam allows women to remarry, allows widow remarriage and has even regularised divorce.

To a query, Jilani said issues like chanting of “Bharat Mata Ki Jai” were not discussed as they are not related to the personal law. He, however, added that Deen Bachao-Dastoor Bachao (save religion and constitution) campaign started by the board last year against the “imposition of surya namaskar and yoga” in Rajasthan government’s schools, will continue. He said wherever there are any such attempts to force the education of a particular religion in the government schools, the board will campaign there.

He said earlier programmes under the campaign had attracted a large number of non-Muslims who are not in favour of changing the secular nature of education in government schools.

Responding to a question, Jilani said the decision to run the campaign started over the apprehension that there could be interference in the Muslim personal law after the formation of new government at the Centre. He said uniform civil code is often advocated by BJP spokespersons and this raises the fear that the government will also support it.

Jilani said officiating AIMPLB general secretary Maulana Wali Rahmani was elevetaed as general secretary in the meeting, which was presided by its chairperson Maulana Rabey Hasani Nadwi and also attended by All India Muslim Ittehadul Muslimeen chief Asaduddin Owaisi, a member of the board’s working committee.

Meanwhile, responding to a question about BJP MP Sakshi Maharaj reportedly comparing Muslim women “to shoes”, which can be removed anytime, Jilani said though such personal statements are never discussed in board meetings, his personal view is that the Unnao MP does not have any knowledge about Islam.

Maulana Khalid Rashid Farangi Mahali said the BJP MP’s remarks are unfortunate and shows that he does not know about the pro-women nature of Islam. He said it is expected that the BJP leadership will ask its members to not make such comments.