AIMPLB also said that divorce proceedings instead of triple talaq could damage a woman’s chances of re-marriage if the husband indicts her of loose character in court. 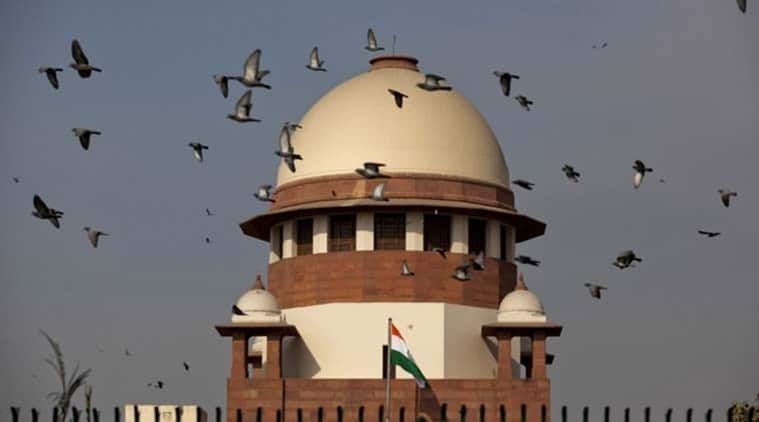 The AIMPLB asked the Supreme Court to keep its hands off the issue, saying that principles of marriage, triple talaq and polygamy are interwoven with religious and cultural rights of Muslims.

The All India Muslim Personal Law Board, defending the validity of triple talaq before the Supreme Court, has said that if the practice is discontinued, a man could murder or burn his wife alive to get rid of her.

“If there develops serious discord between the couple, and the husband does not at all want to live with her, legal compulsions of time-consuming separation proceedings and expenses may deter him from taking the legal course. In such instances, he may resort to illegal, criminal ways of murdering or burning her alive,” stated the AIMPLB’s affidavit, submitted in court Friday.

The board also said that divorce proceedings instead of triple talaq could damage a woman’s chances of re-marriage if the husband indicts her of loose character in court.

“Granting a husband the right to divorce indirectly provides security to the wife. Marriage is a contract in which both parties are not physically equal. Male is stronger and female weaker sex. Man is not dependent on woman for his protection. On the contrary, she needs him for her defence,” stated the affidavit, adding that triple talaq wards off the possibility of a rise in murders of women whose husbands want to divorce them.

The AIMPLB asked the Supreme Court to keep its hands off the issue, saying that principles of marriage, talaq and polygamy are interwoven with religious and cultural rights of Muslims, which cannot be touched upon by any court on the ground of violation of fundamental rights.

“Personal laws of a community cannot be rewritten in the name of social reform,” said the affidavit, settled by senior advocates Yusuf Hatim Muchhala and Huzefa A Ahmadi. It also asserted that Article 44, which envisaged a Uniform Civil Code, was only a Directive Principle of State Policy, but was not enforceable.

Advocating polygamy, the AIMPLB said that polygamy was a “social need” and a “blessing” for women because “an unlawful mistress is more harmful for social fabric than a lawful second wife”. The affidavit argued that the death rate of men was higher since it was mostly men who died in accidents, and since women outnumbered men, not permitting polygamy would force women “into leading a spinster’s life”.

“Polygamy ensures sexual purity and chastity and whenever polygamy has been banned, it emerges from history that illicit sex has raised its head,” stated the affidavit. It added that if polygamy is not allowed, a man would divorce an ailing wife, or he might have an extra-marital relationship.

“In all above instances, polygamy is a blessing, not a curse for women… polygamy is the solution to the problem of divorced women and widows. Women should appreciate this point that if the ratio of women is higher, would they prefer wedlock for fellow women, or let them be illicit mistresses of men, without any of the rights which a wife gets,” said the AIMPLB, citing some surveys to claim that Muslims have the lowest rate of polygamy in India.

It also blamed “communal” organisations for running a propaganda regarding prevalence of polygamy among Muslims to instil fear in the majority community.

The affidavit called it “rather strange” that a law that recognises live-in relationships without marriage worthy of protection should frown upon a relationship which is formalised by the sanctity of marriage.

The board claimed that Muslim Personal Law, based on the Quran, adequately provided for the rights of Muslim women and formed part of the issue of freedom of conscience and free profession, practice and propagation of religion guaranteed under Article 25 and 26 read with Article 29 of the Constitution of India.

The AIMPLB sought dismissal of a PIL by a Muslim woman, who has challenged the validity of instantaneous and unilateral pronouncement of triple talaq, apart from a ban on polygamy. It is on her petition that the board was asked by a bench, led by Chief Justice T S Thakur, to submit its response.

PM Narendra Modi to embark on two-nation tour to Vietnam, China on Saturday