Jayalalithaa still in hospital, but AIADMK might not go for an interim CM; this is why

Speaking to The Indian Express, a senior leader said the government will be ruled efficiently as long as Amma is ‘here around.’ 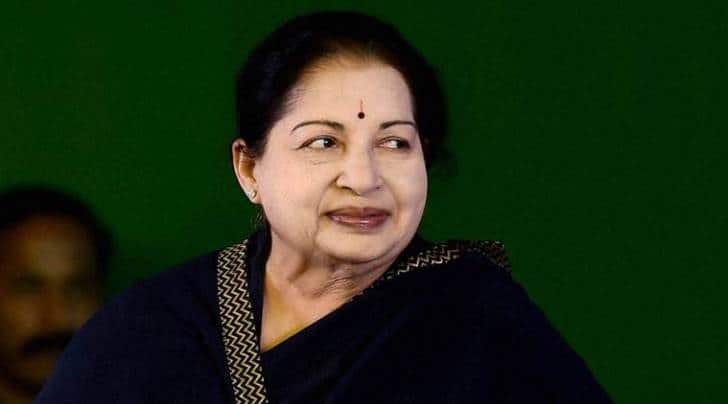 Amidst speculations, Chief Secretary Rama Mohan Rao met the state governor on Friday. Details of the meeting is yet to be known. (File photo)

With Apollo Hospital’s last medical bulletin released on Thursday evening clarifying that Chief Minister J Jayalalithaa, who is undergoing treatment for lung ailment since September 22, required a longer stay in the hospital, political circles here are abuzz with rumours that a new CM in-charge could be appointed to rule the state. While many expect O Panneerselvam, who belongs to the majority Thevar community, as the obvious choice for the post and a section of people also speculate a possible mutiny within the party from the Gounder community if a leader from Thevar community is picked to CM post again, top party sources said they might just avoid these ‘risks’ by while retaining Jayalalithaa as CM while dividing her portfolios among ministers.

Amidst speculations, Chief Secretary Rama Mohan Rao met the state governor on Friday. Details of the meeting are yet to be known.

Speaking to The Indian Express, a senior leader said the government will be ruled efficiently as long as Amma is ‘here around’. “When she is in Apollo hospital and recovering well, we need not look for another CM. We will divide all her ministerial portfolios among other senior ministers in her absence. She will continue to hold the CM post without major portfolios,” said the leader on condition of anonymity.

He said Panneerselvam, the senior-most leader in the cabinet after Jayalalithaa and a two-time CM in her absence in the past, will continue to play his role with additional responsibilities. Asked about reports of a tussle between Sasikala and Panneerselvam, the leader said: “Right now there are no issues. Sasikala can’t afford to have any fight with anyone now. She will guide the party and government in Amma’s name like Bharata ruled the country in Rama’s name,” the leader said.

This strategy gains significance as any interim arrangement may lead the party into a vertical split. When silent mutinies are already being reported from supporters of Panneerselvam to ensure that he will be the political successor of Jayalalithaa, a powerful Gounder lobby led by M Thambidurai, AIADMK MP and Lok Sabha deputy speaker, is also moving to gather maximum strength to prevent Sasikala from appointing anyone from her family or the Thevar community as CM.

Multiple sources confirm that the BJP is also showing interest in pushing the name of Thambidurai as CM to please a larger Kongu belt in Western Tamil Nadu, where AIADMK leaders are potential BJP cadres had there been no Jayalalithaa. “The western belt may be blindly loyal to Jayalalithaa, but their loyalty to AIADMK is questionable. If you ask around, Thambidurai may be one leader who could lead the party in Jayalalithaa’s absence,” said a BJP leader who has initiated talks between AIADMK often.

A source close to Thambidurai said he will never go against the wishes of Amma. “When several leaders left party during the crisis periods in 1996 and 2006, he was the one who stood by Amma. He will never put her party in trouble,” he said.