According to the report, a complete ban on MSW burning can almost bring emissions from this source to zero and possibly see an improvement of 5-10 per cent in air quality. 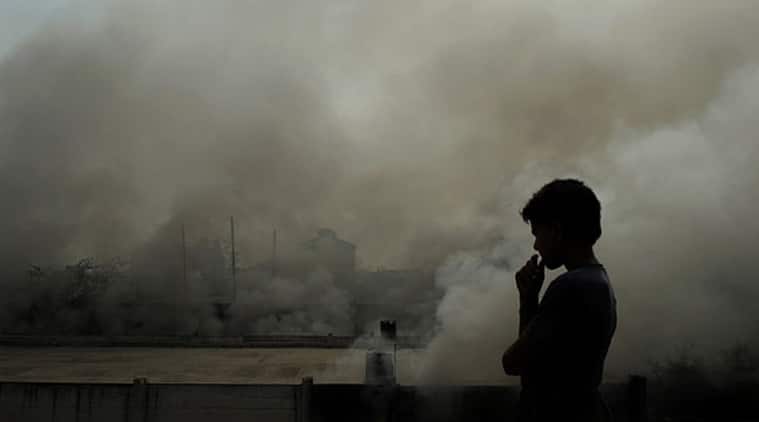 The PM emission in the form of flyash from this source is large and contributes to air pollution.

As the odd and even vehicle number experiment, one of the measures taken to reduce pollution levels in Delhi, draws to a close Friday, a study by IIT Kanpur has identified coal-fired tandoors in restaurants and hotels of the Capital as one of the contributors of particulate matter.

The study was commissioned by the Delhi government in 2012 and a draft report, which has been submitted to the government, recommends that such restaurants shift to electric or gas-based appliances.

The report says burning of MSW in Delhi is rampant and contributes to Delhi’s air. “This emission is expected to be large in the regions of economically lower strata of the society which do not have proper infrastructure for collection and disposal of MSW.”

“There are approximately 9,000 hotels/restaurants in the city of Delhi, which use coal (mostly in tandoors). The PM emission in the form of flyash from this source is large and contributes to air pollution. It is proposed that all restaurants of sitting capacity more than 10 should not use coal and shift to electric or gas-based appliances,” the draft report states.

“The details of the hotels and restaurants were obtained from the DPCC (Delhi Pollution Control Committee) and related websites. During the field survey, it was observed that hotels, restaurants, etc use coal as fuel in tandoors. The average consumption of coal in tandoor based on survey was 30 kg/day.

The total number of hotel and restaurant enterprise was 36,099 (Delhi Statistical Hand Book, 2014). We assume that 25% of these enterprises use tandoor for food preparation.” states the report.

“A careful examination shows that about 67 per cent reduction of PM10 (2,142 kg/day) and PM2.5 (1,083 kg/day) emission from this source can be achieved by stopping uses of coal. It may be seen that coal and flyash are the largest contributing sources in summer and this action is expected to reduce ambient air concentration by 2.7 µg/m3 and 2.9 µg/m3 in PM10 and PM2.5 respectively,” the report states.

It also lays heavy emphasis on the burning of MSW in Delhi. “It is a myth that MSW is not burned in Delhi. The MSW burning is widespread in Delhi and NCR, more frequently in winter. A recent study by Nagpure et al. (2015) in Delhi has estimated 190 to 246 tons/day of MSW burning (that’s about 2-3 per cent of the 8,390 tons/day of MSW generated),” the report states.

“The estimated emissions are: 2,000 kg/d of PM10 and about 1,800 kg of PM2.5. MSW burning contributes to nearly 10 per cent of PM10 and PM2.5 in ambient air in winters. Any form of garbage burning should be strictly stopped and monitored for its compliance. It will require development of infrastructure (including access to remote and congested areas) for effective collection of MSW and disposal at landfill site,” the report states.

According to the report, a complete ban on MSW burning can almost bring emissions from this source to zero and possibly see an improvement of 5-10 per cent in air quality.