Those who took arbitrary decisions should be held responsible for losses space agency would incur: Nair 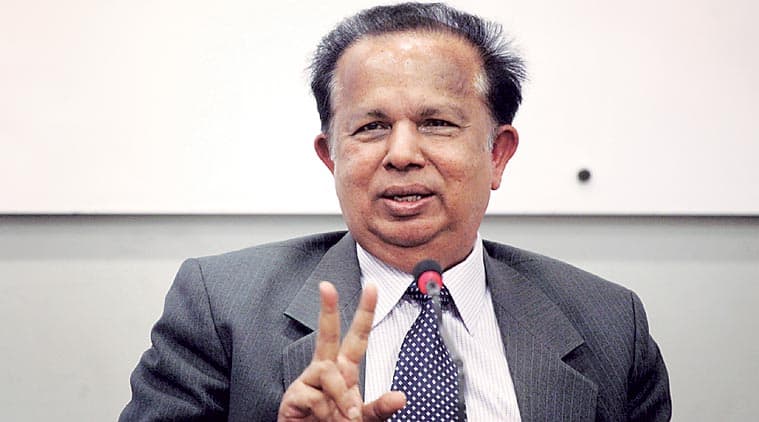 Blaming his successor K Radhakrishan for misleading the government on the agreement with Devas Multimedia, former ISRO chairman G Madhavan Nair Tuesday said the space agency did not follow legal procedures while cancelling the agreement in 2011 — a decision that has now resulted in an international court of arbitration imposing huge fines on ISRO.

Nair, who was barred by the government in 2012 from taking up any government position because of his role in stitching together the Devas agreement, said someone should be held responsible for the financial losses to ISRO because of the fine.

“It is very unfortunate that such a huge fine has been imposed on ISRO. But ISRO had not been handling this issue properly right from the start. The chairman of ISRO (Radhakrishnan) misled the government. The action taken against Devas (cancellation of the agreement) was illegal and this has been held as such by the arbitration panel as well,” Nair said.

Radhakrishnan, who retired at the end of last year, could not be reached for a comment.
Devas Multimedia, a Bangalore-based company, had entered into an agreement with Antrix Corporation, the marketing arm of ISRO, in January 2005 for lease of transponder space on two satellites that were yet to be launched then. Devas intended to use S-band radio frequency signals to launch multimedia services for mobile devices. Antrix would have earned $300 million over a period of 12 years.

But the agreement was scrapped in early 2011, with ISRO saying that the S-band would be reserved for strategic uses. A year later, following a report by a two-member panel, the government barred Nair, the ISRO chairman when the agreement was finalised, and three other scientists, including the then head of Antrix Corporation, from being appointed to any other post.

Devas, in the meantime, took legal recourse and the matter reached an international court of arbitration under the rules of International Chambers of Commerce. Last week, the arbitration panel ruled in favour of Devas and asked Antrix Corporation to pay a total of $672 million (about Rs 4,400 crore) in damages to Devas. The amount is nearly two-thirds of ISRO’s annual budget in 2015-16.

Nair said ISRO had adopted a very opaque and questionable process in cancelling the agreement. “To date, I have not officially received the order that said I have been blacklisted. I also filed RTI applications to know the rules under which action had been taken against me. But no satisfactory answer was given. Crucial documents, like some chapters of report of the Pratyush Sinha committee (which probed the Devas deal)… had to be presented before the arbitration panel. And it is clear that these had very weak arguments,” Nair said. “It seemed that certain decisions had already been made and processes were initiated later to justify those decisions.” he added.