The ministry has set a target of covering all central government and district-level hospitals by the end of the year. 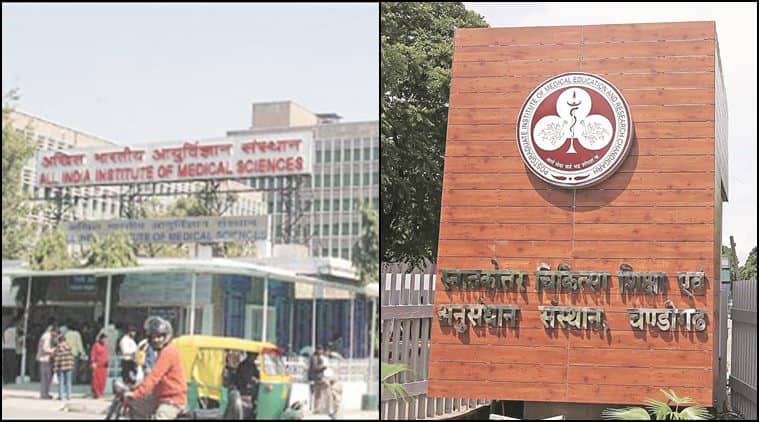 AIIMS, PGI Chandigarh among hospitals chosen for pilot phase from next month

From next month, patients at AIIMS, Ram Mohan Lohia Hospital, PGI Chandigarh or NIMHANS will be able to give their feedback on the quality of services and this feedback will be part of those hospitals’ overall ratings.

In preparation for giving star ratings to government health facilities, the health ministry is set to unveil an information technology-based patient feedback mechanism later this month. The patient satisfaction system (PSS) will cover in the pilot phase 54 central and state-run hospitals including 30-odd in Rajasthan, one in the Northeast and several district hospitals in Gujarat and Tamil Nadu which already have a functional centralised hospital management system. It will adopt a multi-pronged approach for recording patient feedback through a web portal, SMS service and IVRS (interactive voice response system). It will be implemented in public hospitals and those in the private sector that are empanelled.

The application will be launched by Health Minister J P Nadda during the ministry’s Best Practices Seminar in Tirupati on August 29.

The PSS application will automatically contact the patient at the end of his or her tryst with the hospital/health facility. Patients who come to the outpatient department will be contacted after the file is closed and those admitted will be contacted at the time of discharge. Feedback will be collected from more than 1,00,000 patients per day.

The feedback will be taken into account when giving star ratings to government health facilities, say senior officials in the Ministry of Health. The plan to give star ratings based on infrastructure, service quality, availability of drugs and such other criteria is already in its final stages. It will be linked to an incentive amount to states under the National Health Mission. Making patient feedback a part of that scheme would ensure accountability of doctors and other staff.

“This feedback will go to all states and district facilities. It will also be shown on the portal so that it is public information how people are rating various hospitals in a given location. This will add weight to our quality assessment,” said a health ministry functionary. “It is up to states if they want to use this feedback for rating the performance of their medical superintendents. We are advising the states that this should be the basis of the ACR of superintendents and civil surgeons. For now this will be an important component of our National Quality Assurance Plan for health facilities. This will also be incorporated in the system of ranking and rating of district hospitals that the NITI Ayog is preparing.”

This is part of the overall initiative to better the level of services available at government health facilities. With the feedback indirectly tied to the NHM purse strings, it will force states to act on the inputs, the ministry is hoping. The PSS application will analyse data in close to real time and assess performance at various levels — at the level of the facility, at the level of the district and also at the national level. Action plans will be developed based on this feedback so that patient experience is improved.

The ministry has set a target of covering all central government and district-level hospitals by the end of the year.