Bihar school cook reinstated after 2 years, with a bit of help from DM 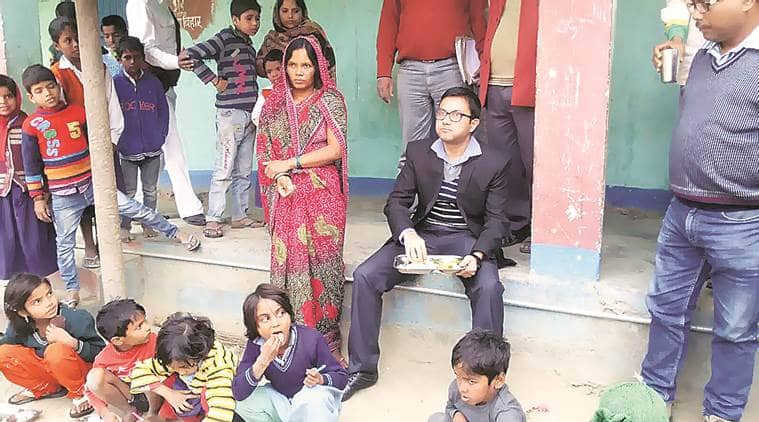 Almost two years after she was removed from her job ‘for being a widow’, a cook working under the midday meal scheme in a school in Barauli, Gopalganj, was reinstated on Friday.

Sunita Kuwar (36) could rejoin the school only after Gopalganj DM Rahul Kumar arrived at the village on Friday and convinced villagers to allow her to work. He went on to have a meal cooked by her. After Kuwar was reinstated, DM Kumar tweeted: “Sometimes u do symbolic things to overcome people’s beliefs. Asked the same widow cook to serve me the meal”.

Kuwar, whose husband died around 15 years ago, was dismissed in February 2014, five years after she started working at Kalyanpur government middle school. She said her widowhood was just an excuse to sack her.

“I was dismissed because I did not follow the diktat of some influential villagers who have a say in the school committee. I had been working here for five years without any problem. Suddenly, some of them started making an issue of my widowhood. Some also made allegations about my character,” said Kuwar, who has two children.

Some weeks after her dismissal, Kuwar approached the Barauli block MDM in-charge Rajeev Kumar. When she finally received the reinstatement order and went to the school on December 16, protesting villagers did not allow her to get back to work.

She then lodged another complaint with the district administration. Following this, DM Rahul Kumar visited the village on Friday. “We have ensured that Sunita Kuwar is reinstated and asked villagers not to make any allegations against her without any proof. Villagers were also tacitly warned of legal action if they continue to harass the cook,” Kumar said.

Kuwar, who belongs to Assam, was married to one Daroga Singh, a daily wager. Singh died three years after their marriage. After sacking her, the village committee and school administration had employed Babita, wife of a EBC barber, as the school cook.