Raja Vemula said his primary demands are the sacking and arrest of HCU vice-chancellor Appa Rao and the setting-up of a SIT to probe the suicide of his brother Rohith. 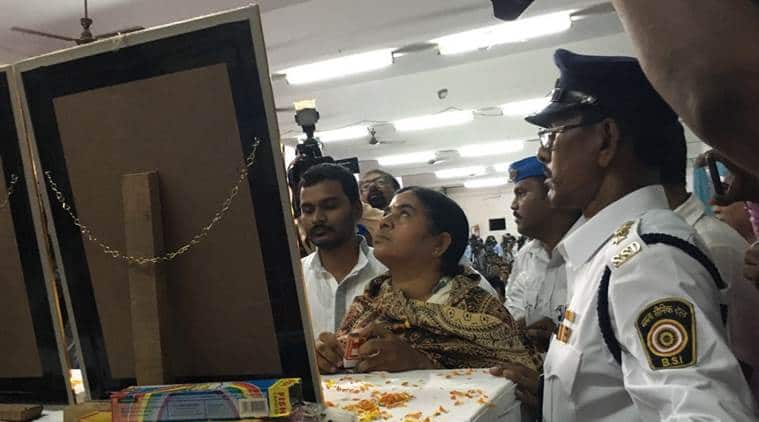 The family of Dalit PhD scholar Rohith Vemula, whose suicide at Hyderbad Central University in January created a firestorm of protest across the country, converted to Buddhism in Mumbai on the occasion of the 125th birth anniversary of Ambedkar.

Rohith’s mother Radhika and brother Raja were given the “deeksha” by Buddhist monks at a ceremony held at Ambedkar Bhavan in Dadar.

In a statement released, Raja said his primary demands are the sacking and arrest of HCU vice-chancellor Appa Rao  and the setting-up of a SIT to probe the suicide of his brother Rohith.

Below is the full text of Raja Vemula’s statement released on Thursday:

If my brother Rohith Vemula were alive, he would have been proud of the step we have taken today.

From today, my mother, Radhika Vemula and I are going to start the kind of life that Rohith always dreamt of.

The kind of life that Babasaheb Ambedkar wanted us to lead. A life without blind belief. A life based on faith in humanity and not faith in some unknown God. A life based on compassion and respect for fellow human beings. A life of dignity and self respect. A life outside the Hindu caste system.

From today, my mother and I will be truly free. Free from shame. Free from daily humiliation. Free from the guilt of praying to the same God in whose name our people have been tortured for centuries.

From today, my mother and I will always remember the birthday of Babasaheb as the day we got our azaadi from the cains of the caste system.

My brother was extremely keen that our family should follow the path of Buddha. Last November, when he came home to Guntur to attend his best friend Riyaz’s wedding, Rohith anna was dressed in white clothes. When my mother asked him, he said that he had been deeply impressed with the teachings of the Buddha. He said he was wearing clothes that are Buddhist.

He also spoke to us a lot about why Ambedkar had chosen to convert to Buddhism in 1956. He tried to explain what Babasaheb meant when he said that he might have been born as a Hindu but will not die as a Hindu.

At that time we were unable to see the value of what my brother was trying to say. But his death has opened our eyes to the reality of the world around us.

I’m a very simple man, I am here in front of you today because of the ultimate sacrifice made by my brother Rohith Vemula. But now that I am here, I want to caution the people responsible for my brother’s death that I will continue his fight till my last breath. And I am not alone. An entire generation and nation has stood up to continue Rohith’s fight.

Together, all the people fighting for justice for my brother are asking just one simple question. Why doesn’t Prime Minister Narendra Modi say a single word about the HCU Vice Chancellor Appa Rao? When he can shed tears for my brother, why can’t he make a single proper statement about the people responsible for his death.

Our demands are simple. We want Appa Rao to be sacked and arrested. We want a proper investigation into my brother’s death by a Special Investigation Team of the Telangana government. We have no faith in the single-man commission of enquiry appointed by the Modi government.

We are hopeful that Telangana Chief Minister KCR might join the search for the truth behind Rohith’s death. The real political culprits however are the BJP leaders Venkaiah Naidu, Smriti Irani and the Prime Minister himself.

We know the fight is going to be long and hard but we feel strong and hopeful because the spirit of Ambedkar, Buddha and my brother Rohith Vemula is with us.