The much awaited Real Estate Bill, which aims to protect the interests of buyers and bring more transparency to the sector was on Thursday passed in Rajya Sabha. 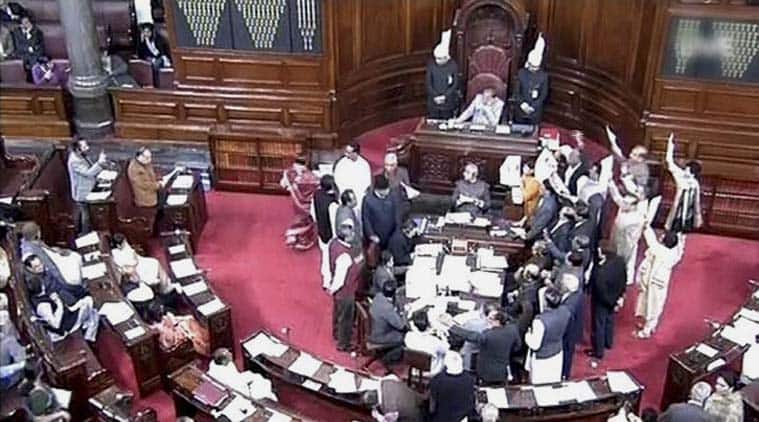 Real Estate Bill: The Bill provides that 70 per cent of sale proceeds will have to be kept aside by the developer in an escrow account (Source: PTI)

The Real Estate (Regulation and Development) Bill, 2015, which intends to protect home buyers, bring in transparency and plug the flow of unaccounted money into the sector, was passed by Rajya Sabha Thursday.

The Bill provides that 70 per cent of sale proceeds will have to be kept aside by the developer in an escrow account — an escrow is a financial instrument held by a third party on behalf of the other two parties in a transaction — and it can be utilised for land cost and construction of the related project. It, therefore, provides greater certainty to buyers that the money they pay to the developer will be utilised for development of the project where they have bought houses.

The Bill will help establish state-level real estate regulatory authorities and appellate tribunals to regulate transactions relating to both residential and commercial projects and ensure their timely completion and handover. It calls for disposal of complaints at both appellate tribunals and regulatory authorities within 60 days, thereby setting a timeline for resolution of disputes.

While the Bill has set a deadline for that, it also has provision for imprisonment up to three years for promoters and up to one year for real estate agents and buyers in case of any violation of orders of the appellate tribunals or monetary penalties or both.

Even in case of delays, the Bill has sought to end the asymmetry which was in favour of developers. Now, both the consumer and developer will have to pay the same interest rate for any delay on their part.

While pricing of housing units has been a grey area, the Bill looks to clearly define the carpet area and states that this will form the basis for purchase of a house. It will, thus, eliminate the scope for malpractices in transactions.

Describing the Bill as the “need of the hour”, Urban Development Minister M Venkaiah Naidu, however, admitted the Bill “lacked clarity” on dealing with ongoing under-construction projects.

Responding to a clarification sought by a member in the House, Naidu said, “There will be no discrimination of any kind on basis of religion, region, caste, creed or sex and gender and we will include that in the rules.” He also said “there has to be single-window clearance for all approvals”.

As a rule, promoters will be required to register projects with the regulatory authorities disclosing project information including details of promoter, project, schedule of implementation, layout plan, land status, status of approvals, agreements along with details of real estate agents, contractors, architects, structural engineers etc. Naidu said that this will enable transparency, accountability and timely execution of projects.

The Bill, passed by a voice vote, got support cutting across political parties barring the AIADMK which questioned the Parliament’s legislative competence to pass such a legislation, arguing that land is in the State List of the Constitution.

Naidu said Parliament is competent to legislate on the important issue. He said the Union Government had taken the opinion of the Law Department. The Attorney General too, he said, had given his opinion.

The Bill, authored by the UPA government, underwent many changes over the last three years. One of the major issues was relating to the percentage of sale proceeds to be kept aside by developers in an escrow account. While the original Real Estate Bill (2013) mandated that 70 per cent or less, as notified by the state government, must be maintained in a separate account and used solely for construction, the NDA later proposed to reduce it to 50 per cent or less.

However, the Bill passed by the Upper House finally proposed that 70 per cent is to be kept aside and it can be used for both land cost and construction of the project.

The legislation also brought down norms for registration of projects to a plot area of 500 sq m or 8 apartments as against 4,000 sq m proposed in the draft Bill in 2013 and 1,000 sq m or 12 apartments suggested by the Standing Committee.

While some members demanded that the limit be brought down, Naidu said states will have the flexibility to bring down the threshold because the situation in different states will be different.