The bills pending in Rajya Sabha includes the contentious Constitution (One Hundred and Twenty-second Amendment) Bill, 2014, known as the GST Bill. 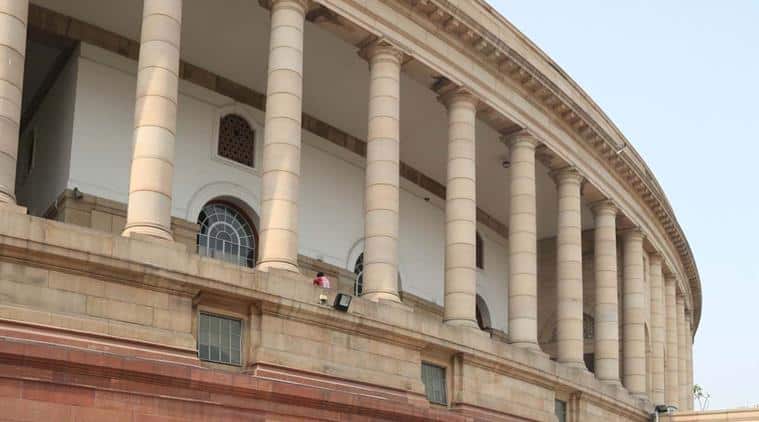 In the Lok Sabha, important bills pending include the Consumer Protection Bill 2015 and the Benami Transactions (Prohibition) Amendment Bill, 2015.

Forty-five bills are pending in the Rajya Sabha, some of these introduced around 30 years ago, while the Lok Sabha is yet to dispose of five bills at the end of last session of Parliament in May.

The bills pending in Rajya Sabha include the contentious Constitution (One Hundred and Twenty-second Amendment) Bill, 2014, known as the GST Bill, which was moved in the Upper House in August last year after being passed by Lok Sabha.

Another key bill is the Whistle Blowers Protection (Amendment) Bill, 2015, which was moved in December last year but the discussion on it remained inconclusive.

In the Budget and Monsoon sessions this year, this bill could not be taken up.

In the Lok Sabha, important bills pending include the Consumer Protection Bill 2015 and the Benami Transactions (Prohibition) Amendment Bill, 2015.

Indicating that the long-pending GST Bill can see a forward movement in the next session of Parliament, Finance Minister Arun Jaitley had on June 13 expressed confidence that “legislation activity” can proceed at a faster face with the increase in strength of those parties which support the bills in the Rajya Sabha and do not “obstruct” proceedings.

He was asked about the implications of results of the recent Rajya Sabha elections that saw a dip in Congress’ number, and the prospect of the GST Bill which is being blocked by the main Opposition party seeking amendments.

The last few sessions of Parliament have seen sparrings even though the Monsoon sittings recorded relative improvement as far the completion of government business was concerned. But the problem of pending bills is not limited to the two years of the NDA government.

Some of the bills have been pending for decades. These include Indian Medical Council (Amendment) Bill, 1987, the Participation of Workers in Management Bill 1990 and the Constitution (Seventy-ninth Amendment) Bill 1992.

Other important pending bills are the Waqf Properties (Eviction of Unauthorised Occupants) Bill 2014, The Right to Fair Compensation and Transparency in Land Acquisition, Rehabilitation and Resettlement (Amendment) Bill 2015 and The Enemy Property (Amendment and Validation) Bill 2016.

Another bill pending in the Upper House since 2007 is the Private Detective Agencies (Regulation) Bill, 2007 of the Home Ministry on which the report of the Department-related Parliamentary Standing Committee on Home Affairs was presented way back in February, 2009.

The proposed law aimed at regulating private detectives and the licencing process.