Rajnath Singh, according to official sources, is likely to visit some areas in South Kashmir. 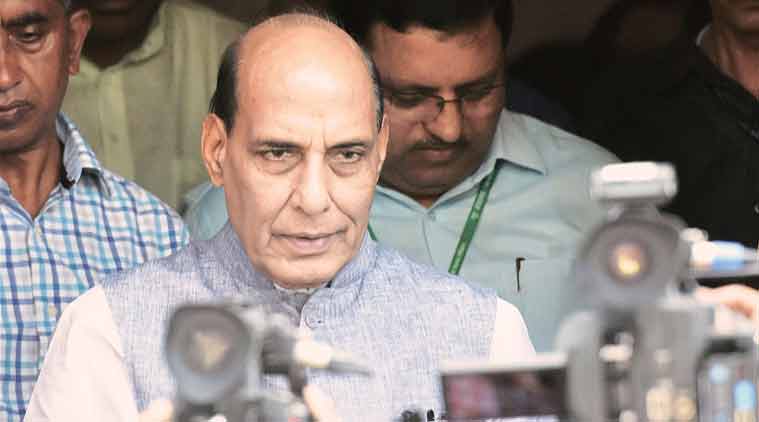 Rajnath Singh, according to official sources, is likely to visit some areas in South Kashmir.

Union Home Minister Rajnath Singh arrived here on Saturday morning on a two-day visit to Jammu and Kashmir to take stock of the prevailing law and order situation in the Valley.

A special BSF plane carrying the minister landed at the technical area of the Srinagar International Airport at 11.45 am.

A team of senior home ministry officials and Directors-General (DGs) of central paramilitary forces are accompanying Rajnath Singh during his visit.

He is scheduled to meet a number of local delegations, including representatives of various political parties, civil society members and traders on Saturday at the Nehru Guest House here to discuss the prevailing situation and find a way out of the current logjam.

The home minister, according to official sources, is likely to visit some areas in South Kashmir that have been worst hit by the ongoing cycle of violence in which 48 people have been killed.

This is Rajnath Singh’s second visit to Kashmir during this month. He came here earlier on July 2 when eight CRPF troopers were killed by fidayeen militants in Pampore area of Pulwama district.

Rajnath Singh had also performed the Amarnath Yatra and paid obeisance at the Hazratbal shrine here during that visit.

The present cycle of violence started on July 9, a day after Hizbul Mujahideen commander Burhan Wani was killed along with two of his associates in a gunfight with security forces in Kokernag area of Anantnag district.