Experts also say that Raipur must now begin to enforce pollution certificates in vehicles stringently, and add more green cover to the city. 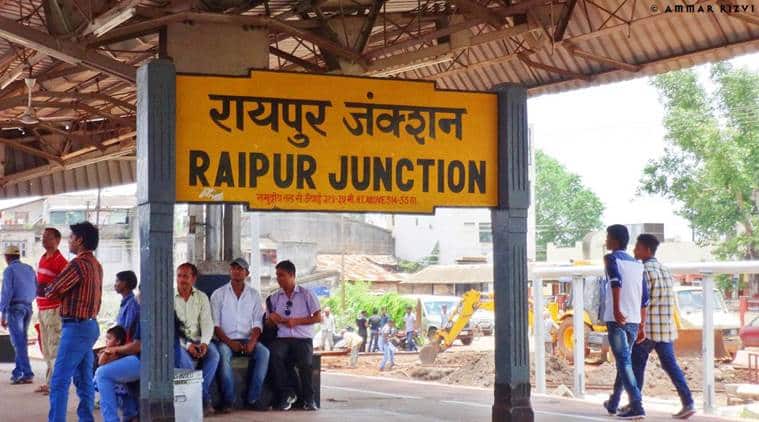 Chhattisgarh Environment Control Board, there are 39 sponge iron factories, seven power units and 250 rolling mills. Many in the state are unanimous that sponge iron units cause the most pollution in the area.

Raipur has been state capital for merely a decade and a half, but over the past few years, the city has consistently figured among the most polluted urban centres in India.

INDUSTRIES: The city is flanked by three large industrial zones on its outskirts. According to the Chhattisgarh Environment Control Board, there are 39 sponge iron factories, seven power units and 250 rolling mills. Many in the state are unanimous that sponge iron units cause the most pollution in the area.

“These factories are often small, have no monitoring systems, and use outdated technology,” Alok Shukla of the Chhattisgarh Bachao Andolan said.

Dr Rakesh Gupta, an ENT specialist, attributes the high count of particulate matter to “the large number of sponge iron and cast iron factories”. “These use coal in plenty. Iron and coal are easily available in Chhattisgarh and are used in industries. It is not uncommon to find a layer of soot or coal on our roofs and other open surfaces in the mornings,” he said, adding that “lack of enforcement of environmental regulations has resulted in a rise in respiratory and skin diseases amongst the people”. “The patients are mainly children and the old,” he said.

VEHICLES: For a city with over 20 lakh people, the number of vehicles on the road are constantly rising, experts say. “This city also used to have a lot of green patches. But expansion of roads and other development activities are eating up the green spaces,” said Shukla.

A senior officer in the state administration also admitted that there is little enforcement of pollution certificates for vehicles.

“If you have driven in Raipur, you probably would never have been stopped and asked for a pollution certificate. For a city where the pollution graph is disturbing for its size, that is a big concern, which the traffic police and the transport department must look into,” the officer said.

REAL ESTATE: The relatively new capital is expanding at a brisk pace, with construction sites spread across the city. Senior officers said construction companies often flout rules, with “no processes to cover their buildings during construction. This is leading to a dramatic rise in dust levels in the city,” said Devendra Singh, member secretary of the Chhattisgarh Environment Conservation Board.

WAY FORWARD: Singh listed several measures that were being taken. “The government won’t allow any more new coal-based industries in Raipur. We have also instructed all industries to install an online management system that will relay information real-time from the plants to us. That will help us check violations. This online system will be completed in six months. We have also asked all industries to have 33 per cent of their area as green cover, pave the roads leading to their plants to reduce dust, and install Waste Heat Recovery Boiler anti-emission technology,” he said.

Experts also say that Raipur must now begin to enforce pollution certificates in vehicles stringently, and add more green cover to the city.