According to the Indian business diaspora in Vietnam, PM Narendra Modi's visit is likely to boost trade between the two nations. 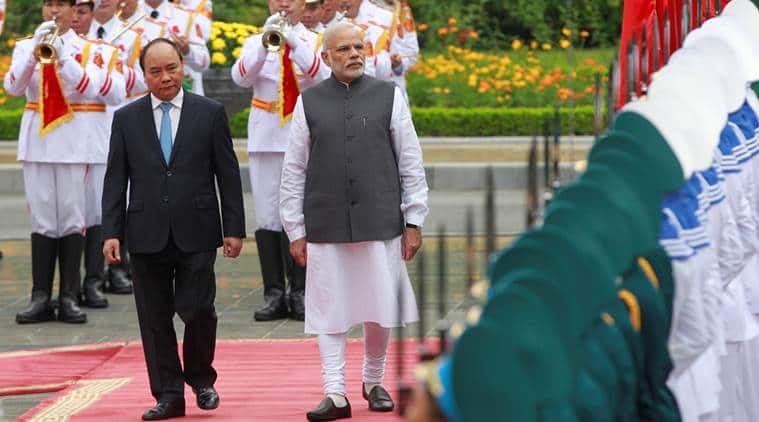 Along with setting a bilateral trade target of $15 billion by 2020, the Prime Minister also sought facilitation of ongoing Indian projects and investments in Vietnam. India has also granted $5 million to set up a software park in the country. The Ministry of External Affairs spokesperson, Vikas Swarup, said, “12 MoUs and agreements were signed today ranging from health to defence to space. I look at this visit as setting a new benchmark for India-Vietnam ties which will take our relationship to a whole new level. ”

Being the fourth Indian Prime Minister to visit Vietnam in over five decades, PM Modi was greeted with a ceremonial welcome in front of the Presidential palace in Vietnam’s capital Hanoi on Saturday morning. He was welcomed by Vietnamese president Tran Dai Quant.

The welcome ceremony began with the national anthems of India and Vietnam being played by the armed forces band. Dressed in sharp white with gold tassels and black gum boots, the prime minister later inspected a guard of honour by the three armed forces of the host country, reported PTI.

PM Modi paid homage to national heroes and martyrs at their monuments along with laying wreath at the war memorial located across the Ba Dinh Square. Accompanied by President Quant, PM Modi also visited Vietnam’s revered leader Ho Chi Minh’s traditional stilt house near the palace. Modi had earlier described him as one of 20th century’s tallest leaders in a Facebook post.

In the same post, PM Modi had said: “We wish to forge a strong economic relationship with Vietnam that can mutually benefit our citizens. Strengthening the people-to-people ties will also be an my endeavour during the Vietnam visit.”

Sena duo in dock: Maharashtra drops prosecutor in case it sought to withdraw