They said that in 2000, the Army killed innocents and later claimed that they were militants responsible for the massacre of 36 Sikhs in Chhittisinghpora. 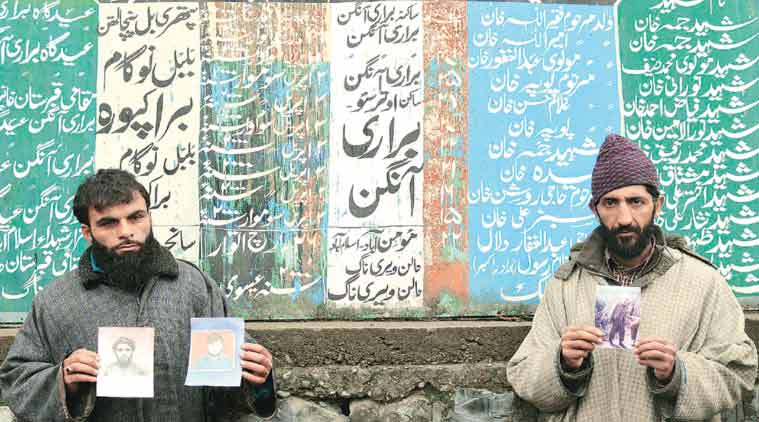 ‪People hold up victims’ photos during protests on the 14th anniversary of the Pathribal encounter. (Express Photo by: Shuaib Masoodi/FILE)

The Jammu & Kashmir High Court on Wednesday dismissed the petition seeking reopening of Pathribal encounter case and transferring it to the Central Bureau of Investigation (CBI).

Unhappy with the Army exonerating all the five officers for want of evidence after choosing the option of court martial on Supreme Court’s order, the relatives of the victims moved the High Court pleading for fresh trial in the alleged fake encounter case. They said that in 2000, the Army killed innocents and later claimed that they were militants responsible for the massacre of 36 Sikhs in Chhittisinghpora. The petition also cited the DNA tests conducted by the CBI to identify the victims. “The writ petition is not maintainable and liable to be dismissed,’’ Justice Tashi Rabstan, however, ordered.

Subscriber Only Stories
View All
Mahesh Vyas writes: Why the job shortage is for real
Delhi confidential: Focus On Projects
Gandhi to Tagore: At old St Stephen’s campus, a glimpse into remnants of ...
Undoing social discrimination, exclusion of transgender persons — through...
Apply New Year promo code SD25
First published on: 29-04-2016 at 03:53 IST
Next Story