No reason to distrust Pakistan so early: Rajnath Singh on Pathankot probe

Rajnath Singh said since Pakistan has given the assurance to the Indian government, there should be no reason to not believe them so early. 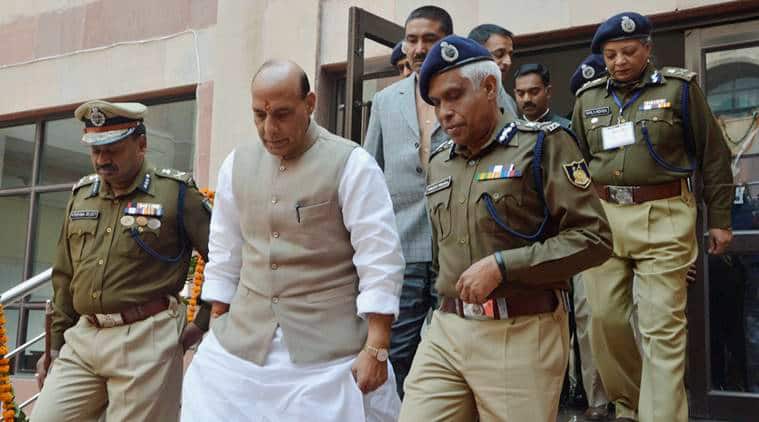 Rajnath Singh said since Pakistan has given the assurance to the Indian government, there should be no reason to not believe them so early. (Source: PTI Photo)

There is no reason to distrust Pakistan’s promise of cracking down on perpetrators of the Pathankot terror attack, Union Home Minister Rajnath Singh said on Tuesday.

“Pakistan government has assured that it will take effective action. I think we should wait,” Singh told reporters on the sidelines of an event in Greater Noida. “There is no reason to distrust (avishwaas) them (Pakistan) so early,” he added.

According to a media report on Monday, Pakistan Prime Minister Nawaz Sharif ordered the formation of a high-profile joint investigation team to get more information about the Pathankot airbase attackers.

Pakistani authorities also carried out raids in in Gujranwala, Jhelum and Bahawalpur districts, during which an unspecified number of people were arrested, intelligence officials said. The raids were seen as “positive signs” by the Indian establishment, sources said.

Prime Minister Narendra Modi had received a call on January 5 from his Pakistani counterpart Nawaz Sharif regarding the terror attack.

According to a statement from the Ministry of External Affairs, “Modi strongly emphasised the need for Pakistan to take firm and immediate action against the organisations and individuals responsible for and linked to the Pathankot terrorist attack. Specific and actionable information in this regard has been provided to Pakistan.”

“Sharif assured Modi that his government would take prompt and decisive action against the terrorists,” the statement added.

On January 7, responding to a question on the status of the proposed Foreign Secretary-level talks between India and Pakistan on January 15, MEA spokesperson Vikas Swarup said India had received assurances from Pakistan “of prompt and decisive action”.

“As far as we are concerned, the ball is now in Pakistan’s court. The immediate issue in front of us is Pakistan’s response to the terrorist attack and the actionable intelligence that has been provided to them,” he had stated.

On Monday, The Indian Express had reported that with National Security Advisor Ajit K Doval leaving for Paris late Monday night and Foreign Secretary S Jaishankar in Male, New Delhi was likely to take a “political call” on the proposed Foreign Secretary-level talks with Pakistan “in the next 48 hours”. There is a possibility of the talks being postponed by “a few days or, at most, a few weeks”, said sources.

According to intelligence sources, Jaish-e-Mohammed chief Maulana Masood Azhar has been identified as the mastermind of the attack, with key roles played by his brother Abdul Rauf Asghar, Maulana Ashfaq Ahmad, Hafiz Abdul Shakoor and Kasim Jan.

Meanwhile, as part of its probe into the attack, the NIA examined Superintendent of Police, Gurdaspur headquarters, Salwinder Singh for the second consecutive day Tuesday. A Home Ministry spokesperson said Singh, whose car was waylaid by terrorists, would be examined by NIA officials again on Wednesday. “He was summoned as a witness under Section 160 of the Criminal Procedure Code.”

Asked whether the NIA had found any evidence to suggest that an insider had helped the terrorists carry out the attack, the spokesperson said, “I can neither deny nor confirm that.”

Nitish and Lalu, each on his own trip to Varanasi and beyond