Arun Jaitley on NJAC verdict: Democracy cannot be ‘tyranny of the unelected’

Terming as "erroneous logic" reasons given by a five-judge Constitution bench, Jaitley warned that democracy would be in danger if the "elected are undermined". 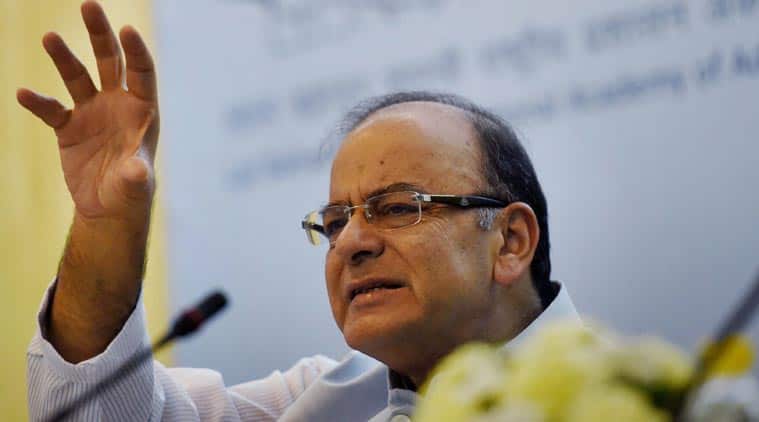 IN A direct attack on the judiciary for its “erroneous logic” used to strike down the National Judicial Appointments Commission (NJAC) Act, Union Finance Minister Arun Jaitley said on Sunday that Indian democracy could not be a “tyranny of the unelected”. Democracy, he said, would be in danger if the elected are undermined.

Expressing “personal” views on the verdict in a Facebook post titled ‘The NJAC Judgement — An Alternative View?’, Jaitley said: “The judgment has upheld the primacy of one basic structure — independence of judiciary — but diminished five other basic structures of the Constitution, namely, parliamentary democracy, an elected government, the council of ministers, an elected Prime Minister and the elected leader of the opposition.”

While the government response has been mild so far, Jaitley’s post could open the doors for a war of words between the Executive and the Judiciary.

In its October 15 judgment, the Supreme Court had struck down as unconstitutional the NJAC Act and the 99th Constitution Amendment, which provided for the establishment of the National Judicial Commission to appoint judges of the apex court and high courts.

Citing how the Supreme Court had “caved in” during Emergency, Jaitley asserted that “it was people like me — the politicians, who fought out and went to prison”.

Stating that “politician bashing is the key to the judgment”, the minister wrote: “One learned judge argues that Shri L K Advani has opined that dangers of an Emergency-like situation are still there. Civil society in India is not strong and, therefore, you need an independent judiciary. Another argues that it may be possible that the present government does not favour appointment of persons with alternative sexuality as judges of the high court and the Supreme Court. Politician bashing is akin to the 9 pm television programmes.”

In his judgment, Justice J S Khehar, who headed the Constitution Bench, pointed out that 13 Governors resigned within a short period of time after the NDA government came to power in May last year. “One wonders whether all these resignations were voluntary,” he said.

Referring to Advani’s interview in The Indian Express, in which the BJP leader had said that forces that could crush democracy were now stronger than ever before and the judiciary was more responsible than the other institutions for the functioning of democracy. Justice Khehar had said his views were “dreadfully revealing”.

He had also said the Constitution does not envisage the “spoils system”, also known as the “patronage system”, wherein the party which wins an election gives government positions to its supporters, friends and relatives.

Today, in his Facebook post, Jaitley said the key rationale behind the majority opinion appeared to be that independence of judiciary was an essential ingredient of the basic structure of the Constitution. “This is unquestionably a correct proposition. Having stated this, the majority transgresses into an erroneous logic,” he said.

“The judgment argues that the presence of a law minister in the commission and the appointment of two eminent persons in the commission by a group, which will, besides Chief Justice of India, comprise the Prime Minister and the Leader of the Opposition, will constitute political involvement in the judicial appointments. Judges appointed on this basis may feel gratified to the politicians. Political persons would be obviously guided by their political interest. The Judges warn of “adverse” consequences if politicians were a part of the appointment process,” he said.