"If Dalits plus Muslims turn against the government at this juncture, heavy losses are in store for the ruling party," says Shahid M Z 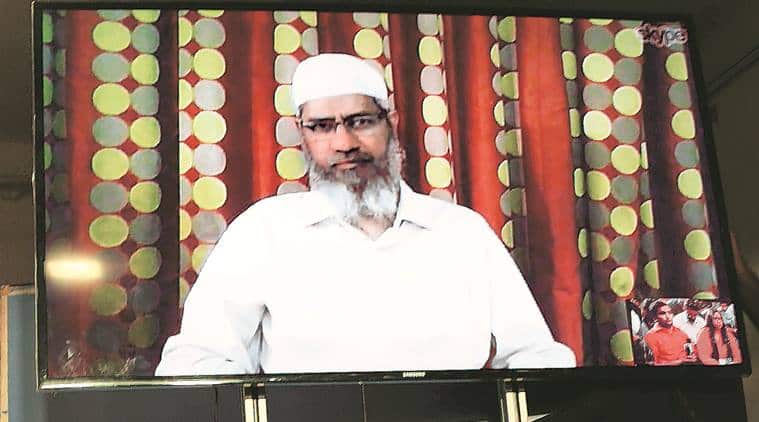 The Centre would have to tread cautiously in taking legal action against Islamic preacher Zakir Naik for his alleged hate speeches and involvement in unlawful activities considering his mass appeal and possible fallout in poll-bound states, political analysts say.

According to Professor of Political Science at Maharashtra College Shahid M Z, Naik has a mass appeal among the minority community and with several states going to polls in the upcoming months, the BJP-led government may not want to be seen as “anti-Muslim”. Several States are going to polls next year with Uttar Pradesh, which has a sizable Muslim population, being the most crucial of them.

“If the Centre indeed takes action against Naik at this juncture, they may lose credibility with the minority community, which I do not think they can afford,” said Shahid.

The NDA government would have to tread cautiously over the issue, especially after it faced widespread criticism for violence against Dalits by cows vigilantes. “If Dalits plus Muslims turn against the government at this juncture, heavy losses are in store for the ruling party,” he said.

Mumbai Police last week submitted a report on Naik, in which they indicted the 50-year-old NRI televangelist for provocative speeches and alleged involvement in unlawful activities with possible terror links through his organisation Islamic Research Foundation (IRF). Chief Minister Devendra Fadnavis has said if required, efforts would be made to extradite Naik, who is currently abroad.

Vivek Bhavsar, a senior journalist said, the biggest difficulty the government would face is to ensure evidences compiled against Naik stand in a court of law. “There does not seem to be damning evidences against Naik as far as his speeches are concerned. Based merely on this ground, it will be difficult to successfully prosecute him as he may prove his innocence during a trial,” he said.

“The report has made observations about him (Naik) making (critical) comments on other religion and belittling them – an action that would cause disharmony in society. The report also has details of countries that have banned him or his organisations,” he has said.

The police findings would be forwarded to Union Home Ministry for suitable action, the Chief Minister, who also holds the Home portfolio, has said.

Fadnavis has said his government is examining the report which has several aspects that fall in domain of the Centre. Meanwhile, Mumbai Police have said Naik had received foreign funding of Rs 60 crore which was subsequently transferred in the bank accounts of his family members.

Police also stated the physician-turned-preacher had floated four shell companies in which his kin are directors. The police were asked to probe Naik’s speeches after reports emerged his preachings inspired some of the terrorists who attacked a prominent Dhaka bakery on July 1. His Mumbai-based foundation IRF’s monetary transactions were also covered under the probe.

Naik had a lengthy interaction with Indian media via Skype from Saudi Arabia on July 15 during which he rubbished the charge his sermons had inspired terror activities, including the Dhaka attack. IRF has said all charges against Naik were baseless.