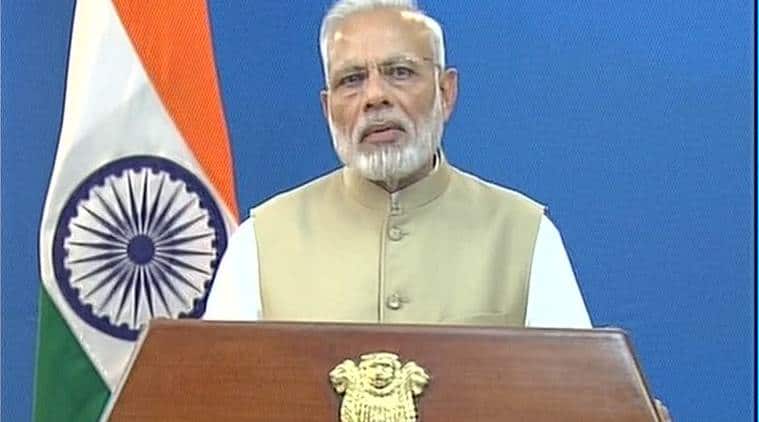 In a major step to check black money, Prime Minister Narendra Modi on Tuesday announced demonetization of Rs 500 and 1000 currency notes with effect from midnight, making these notes invalid in a major assault on black money, fake currency and corruption. In his televised address to the nation, Modi said people holding notes of Rs 500 and Rs 1000 can deposit the same in their bank and post office accounts from November 10 till December 30.

Modi said the notes of Rs 500 and Rs 1000 “will not be legal tender from midnight tonight” and these will be “just worthless piece of paper.” However, he said that all notes in lower denomination of Rs 100, Rs 50, Rs 20, Rs 10, Rs 5, Rs 2 and Re 1 and all coins will continue to be valid. He also announced that new notes of Rs 2000 and Rs 500 will be introduced. Modi added that there will be no change in any other form of currency exchange be it cheque, DD, payment via credit or debit cards etc.

He said the government has been fighting the menace of black money and corruption ever since it assumed power two years ago. He also urged people to help government in its fight against fake currency and black money.

WATCH VIDEO: Rs 500 & Rs 1000 Illegal: Scuffle At An ATM With People Queuing Up To Withdraw Money

The prime minister expressed confidence that the staff of banks and post offices will rise to the occasion to introduce the new order within the available time. He said he is hopeful that political parties, workers, social organisations and the media will go further than the government in making it a success. “Banks will be closed tomorrow. It will cause some hardship to you….Let us ignore these hardships… In country’s history, there comes a moment when people will want to participate in the nation building and reconstruction. Very few such moments come in life,”  Modi said.

Read: Congress ‘Will support any step against black money’

The prime minister said the measures were aimed at curbing the “disease” of corruption and black money which have taken deep root. “There is a need for a decisive war against the menace of corruption, black money and terrorism… Corruption, black money and terrorism are festering wounds which make the country hollow from within,” he said. Following the announcement, there were huge crowds outside ATMs across the country as people lined up to withdraw currency of smaller denominations.