AUDIO: Muslims can live in this country, but will have to give up eating beef, says Haryana CM Manohar Lal Khattar

‘Democracy has freedoms, but those freedoms have limitation... can’t hurt another’, Manohar Lal Khattar said. Describing the Dadri lynching incident as “wrong” and the “result of a misunderstanding”, Haryana Chief Minister Manohar Lal Khattar said Thursday “Muslims can continue to live in this country, but they will have to give up eating beef” because “the cow is an article of faith here”.

Khattar, who completes one year in office later this month as the head of a BJP government, told The Indian Express in an interview that the cow, the Gita and Saraswati were articles of faith for the majority in the country, and that Muslims would not be violating their religious beliefs by giving up beef.

“Muslim rahein, magar is desh mein beef khaana chhodna hi hoga unko. Yahan ki manyata hai gau (Muslims can continue to live in this country, but they will have to give up eating beef. The cow is an article of faith here),” Khattar said, responding to questions on how he viewed the Dadri incident and whether or not such incidents would communally polarise the country.

An outsider in Haryana politics and a virtual unknown until his emergence in the elections last year, 61-year-old Khattar has had a nearly four-decade association with the RSS. He counts the Haryana Gauvansh Sanrakshan and Gausamvardhan legislation, adopted by the Haryana Assembly banning cow slaughter, as one of the achievements of his government. Violation is punishable with a 10-year jail term, and beef-eating can land an offender in prison for five years.

He described the Dadri incident as the “result of a misunderstanding” and said “both sides” had committed wrongs. “It should not have happened – from both sides.” He claimed that the victim made a “halki tippani (loose comment) about the cow which hurt the sentiments of people who subsequently attacked him.

“But I say that attacking and killing the person was also wrong,” Khattar said, adding that those who were responsible for it could be  prosecuted under several sections of the law.

But he went on to compare the incident with a man who sees his mother being killed or his sister getting molested, and his anger against the perpetrator getting the better of him.

He said even if the person was committing an offence under the law for which he should be punishable, “we have to go behind the incident and examine his manyata. We have to understand why he did what he did”.

“Culturally, we are democratic. Democracy has freedoms, but those freedoms have a limitation. Freedom of one person is only to the extent that it is not hurting another person,” he said.

“They can be Muslim even after they stop eating beef, can’t they? It is written nowhere that Muslims have to eat beef, not is it written anywhere in Christianity that they have to eat beef,” he said. 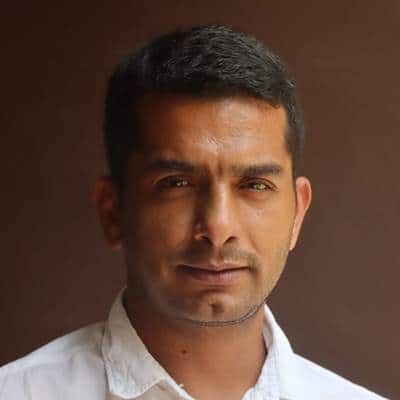