Mufti Sayeed said that, "even Imam-e-Kaaba had condemned such acts of extremism committed by certain vested elements to malign the message of peace preached by the great religion of Islam’’. 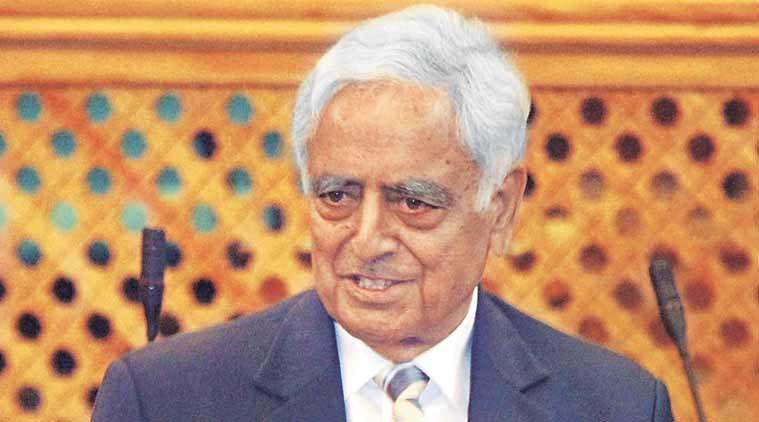 Jammu and Kashmir Chief Minister, Mufti Mohammad Sayeed, on Sunday condemned the people who try to demonise Islam by perpetrating acts of terror on innocent people and urged Muslims all over the world to unite in isolating and exposing the nefarious designs of such divisive forces.

Referring to the series of attacks killing nearly 130 people in Paris on Saturday and rising turmoil in various Muslim countries, Mufti Sayeed said that, “even Imam-e-Kaaba had condemned such acts of extremism committed by certain vested elements to malign the message of peace preached by the great religion of Islam’’.

“These are troubled times for Muslims and we need to join our hands together to isolate and explose these fringe groups,’’ he said, asserting that violence never was and will never be solution to any problem.

Addressing a huge gathering, during the maiden convocation function of Aamir Kaleemi Arabic College at Pannur (Chennai) which began with the recitation of the holy Quran, the Chief Minister, according to an official release issued in Jammu, lauded the immense contribution of visionary leaders like Maulana Abdul Kalam Azad who, he said was a strong advocate of united India and the one who opposed the two nation theory that led to country’s partition in 1947.

“It is due to the untiring efforts of stalwarts like Azad that Indian Muslims today are setting a perfect example for their counterparts around the world in following the teachings of Islam in its truest sense,’’ he said.

Citing examples of unique art and craft of places like Moradabad and Mirzapur, Chief Minister exuded confidence that Muslims who are blessed with enormous skills will positively contribute in the growth and development of the country. “We need to provide leadership and guidance to the highly skilled Muslims so that they play their part in making India a global force to reckon with,’’ he added.