State govts fear that the new rates would not be able to attract labourers because they are still below the existing minimum wages fixed by the states. 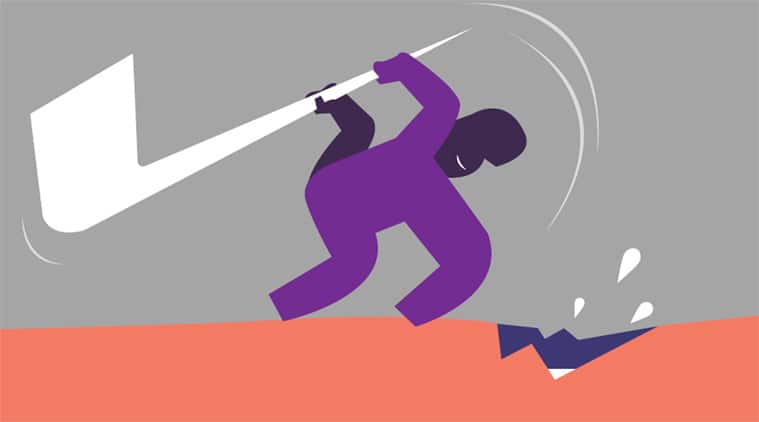 State govts fear that the new rates would not be able to attract labourers because they are still below the existing minimum wages fixed by the states.

The revised MGNREGA wages for the current fiscal announced recently have left various state governments in a quandary as they apprehend the new rates would not be able to attract labourers because they are still below the existing minimum wages fixed by the states.

Once again, the wages under the Centre’s flagship rural employment scheme has seen the maximum hike in Haryana. The southern states have got a substantial raise while those in the east a minimal increase.

While Karnataka and Tamil Nadu have got a hike of Rs 20, the wages in West Bengal and Assam have been raised by just Rs 2 and Rs 3 respectively. Odisha did not get any hike with the wage remaining stagnant at Rs 174. This despite Odisha government’s request to the Centre to raise it at least to Rs 200 per day.

With the state facing a drought, Chief Minister Naveen Patnaik had in November last year written to Prime Minister Narendra Modi requesting him to increase the MGNREGA wages to Rs 200, which was the minimum wage in the state for unskilled labourers.

Punjab Chief Parkash Singh Badal had in September last year asked the Centre to increase the wages under the national rural job scheme to at least Rs 300 a day to attract workers.

In a letter to Rural Development Minister Birender Singh, Badal had said the scheme with its existing wage of Rs 210 was not being able to draw workers. The daily wage for unskilled workers in the state is around Rs 300.

Criticising the Centre on the new MGNREGA wages, social activist Nikhil Dey said not giving the workers even the minimum wage in a number of states is “immoral, illegal and unconstitutional” at a time when the salaries of MLAs have increased up to even four times and those of central government employees have gone up substantially following implementation of the 7th pay commission recommendations.

Citing the example of Rajasthan, he said while the MGNREGA wage has been fixed at Rs 181, raising it from earlier Rs 173, the minimum wage in the state is Rs 197.

He said a similar situation exists in a number of states like Bihar, Jharkhand, Odisha and Chhattisgarh.

When a dispute had arisen over the gap between remuneration under MGNREGA and the minimum wage fixed in Karnataka, the Karnataka High Court had In July 2011 asked the Centre to pay the rural job scheme workers the state’s minimum wages, including the arrears since 2008.

The new wages, which were put on the MGNREGA website a few days back, have become effective from April 1.

MGNREGA wage rates vary from state to state and are revised by indexing them to the consumer price index for agricultural labourers (CPIAL) for a particular state.

In the first two years of the job scheme, the wage rates had been the same as the minimum agricultural wage rates of the states concerned.

But in 2008, the Centre detached the scheme’s wages from the states’ minimum wages and linked them instead to the states’ Consumer Price Index for Agricultural Labourer (CPIAL) for the state concerned.

This measure tracks the yearly inflation in the retail prices of goods and services consumed by agricultural labourers in that state.

However, states at times revise the rates more than once a year, leading to the difference between the MGNREGA rate and the minimum wage fixed by the states. Some states have since then raised their minimum wages far beyond their CPIAL.

In 2013, the UPA government had set up a committee headed by economist Mahendra Dev on the revision of rural job scheme wage rates.

In its report in 2014, the committee had said the baseline – applicable to 2015-16 – should be whichever was higher between a state’s minimum wage and the current job scheme wage for that state. However, the report is yet to be implemented.

Referring to a reply by Rural Development Minister Birender Singh in Lok Sabha in December last year, Nikhil Dey noted even as the minister said that the government has “accepted that report”, the MGNREGA wages remain lower than minimum wages in the state.

In Madhya Pradesh and Chhattisgarh, the MGNREGA wages have been fixed at Rs 167, a hike of Rs eight over the previous year’s remuneration of Rs 159, which was then the lowest in the country under the rural job scheme.

In Haryana, it has been fixed at Rs 259, which is the maximum MGNREGA wage in any state. Wages under MGNREGA in Haryana were the highest even last year at Rs 251.

This year the minimum MGNREGA wage is Rs 167, which has been fixed for Bihar, Jharkhand, Madhya Pradesh and Chhattisgarh.