The concept of water management had never been taken into account in the last six decades. 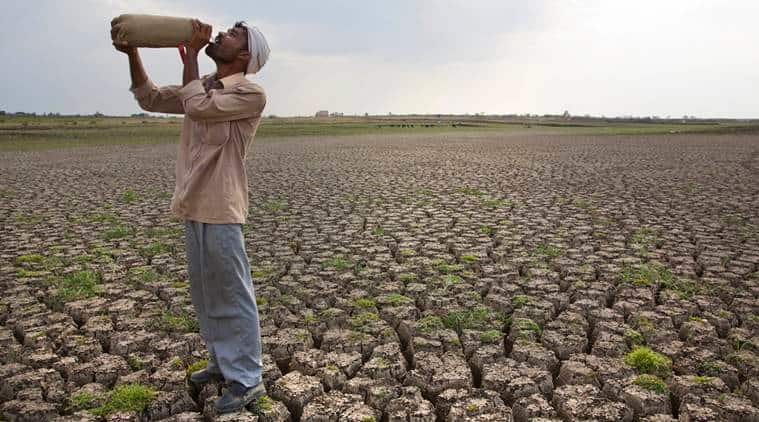 A man drinks water on the dry bed of Manjara Dam, in Marathwada region (File/AP Photo)

The state government has decided to interlink all major dams in Marathwada for effective use of water in drought-hit regions of Maharashtra. The dams, which would be interlinked, are Jayakwadi, Ujjani, Terna, Vishnupuri, Manjara, Yellara and Siddheshwari. The government also proposes to constitute a central water grid to manage the water. The budget proposed for the project is Rs 2,500 crore.

Highly placed sources in the Ministry of Water Resources told The Indian Express that the concept of water management had never been taken into account in the last six decades. “The decision to release water from one dam to another for drinking water, irrigation or agriculture purposes was on adhoc basis. As a result, disputes often sparked between districts. It also raised doubts on efficient use of available dam water,” said a source.

Chief Minister Devendra Fadnavis, at a departmental review meeting, directed officials to evolve a separate water grid for Marathwada. Fadnavis expressed serious concern over massive loss of water due to evaporation and instructed water management experts and officials to evolve a mechanism to plug these losses which account for almost 25 to 30 per cent. A single water grid, to work as a command to determine water distribution across eight drought hit districts through scientific management and robust logistics, has been recommended by the chief minister.

Fadnavis said, “At the outset, the problem is not about policies and planning. What needs to be addressed is effective delivery to end users. The water grid for Marathwada would help in effective channelising of available dam water. In absence of concrete road map, disputes often arise.” He added, “When water is carried through open canals, there is a massive loss due to evaporation.” The focus is on laying pipelines for water, expected to bring down water loss from 25-30 per cent to 0-5 per cent.”

A senior officer in the water resources ministry said, “Till now, our open canals would be primary water carrying medium. However, once structures were in place, little attention was paid for repairs and maintenance. Over the years, these open canals developed cracks leading to seepages….” The average water level across dams in Marathwada in peak summer had come down to three percent. The entire region comprising eight districts Latur, Beed, Osmanabad, Parbhani, Jalna, Nanded, Aurangabad and Hingoli were hit by water crisis.

The worst drought was felt in Latur, Osmanabad and Beed.