Reuters ran the ministry’s denial on October 20 while maintaining that it stood by the “fairness and accuracy of its story”. 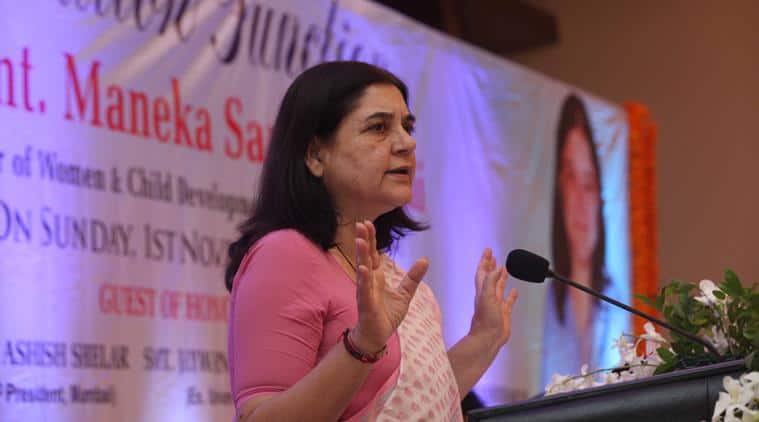 If you don’t like the message, shoot the messenger. That’s what Women and Child Development Minister Maneka Gandhi wanted to do but the government shot down her request.

Calling it “a rare public criticism of PM Modi’s policies”, Reuters quoted Maneka as saying that her ministry’s budget, slashed by half to $1.6 billion, had hit her plans to strengthen the fight against malnutrition since the budget was only enough to pay salaries of 2.7 million health workers until January.

“We still have problems because our cut has still not been restored. Literally, it’s a month-to-month suspense on whether we can meet wages,” Reuters had quoted Gandhi. “It really calls for huge attention.”

Once it hit the wires, the ministry “strongly refuted” that Gandhi’s comments on impact of budget cuts constituted a criticism of PM’s policies and called Reuters interpretation “wrong and mischievous”.

In a clarification issued the same day, the ministry said the minister had said that “the government has accepted the recommendations of the Finance Commission on increased devolution of funds to the States with the hope that the States will be able to commit necessary additional resources for meeting the objectives of social sector schemes… it was further stated by the Minister that the States are not committing their shares to some components of some schemes which has caused uncertainty”.

It said certain comments attributed to the Minister were “completely incorrect” and that the ministry would be taking “suitable action against Reuters”.

Reuters ran the ministry’s denial on October 20 while maintaining that it stood by the “fairness and accuracy of its story”.

However, that was not enough for the minister.

The same day, her Private Secretary Manoj K Arora moved a letter to Information and Broadcasting Secretary Sunil Arora saying he had been “directed to request you to consider withdrawal of the PIB (Press Information Bureau) accreditation” of Kalra and MacAskill.

Informing that the minister wanted an action taken report on the issue, he wrote that he had spoken to the correspondent as well as the Reuters editor who “accepted that the minister never said any of these things but it is their own interpretation” which was carried in the story. “Despite repeated requests, they refused to amend or withdraw the story,” he wrote.

“I am directed to state that the action of Reuters was completely unethical, mischievous and violates the norms of journalistic reporting. This has resulted in unnecessary projection of the government in a bad light. The matter has been viewed very seriously at the highest level,” Arora wrote on October 20.

The I&B ministry handed over the issue to PIB which, on March 7, said it could not take back the accreditation as the Central Press Accreditation guidelines did not contain any provision for its withdrawal on grounds of “alleged misreporting or mischievous reporting”.

Instead, PIB has suggested that the Women & Child Development Ministry take up the issue with Press Council of India under whose purview lies the issue of alleged misreporting and violation of norms of journalistic reporting.

Maneka Gandhi and her office did not respond to phone calls and messages from The Indian Express for comment.

Kerala temple tragedy: How all orders went up in smoke