Ludhiana: More wheels on the road

There are more than 17,000 illegal diesel autos on the roads, despite a 2009 ban by the Punjab and Haryana High Court on registration of new diesel autos. 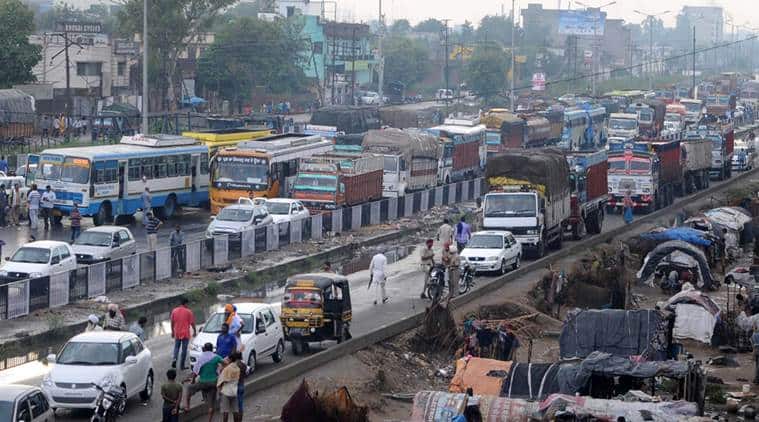 There are more than 17,000 illegal diesel autos on the roads in Ludhiana, despite a 2009 ban by the Punjab and Haryana High Court on registration of new diesel autos. (Source: Express archive)

In 2011, a WHO report named Ludhiana as the country’s “most polluted city”, but that didn’t set alarm bells ringing. In 2015, the city added an average of 10,000 private vehicles every month.

Growing vehicle numbers: Considered the ‘vehicle capital of Punjab’, there are more than 16 lakh registered vehicles in Ludhiana district. “Till 2008, the city had some 10 lakh registered vehicles but in seven years, the city had added six lakh more vehicles,” said Ludhiana district transport officer Dalwinderjit Singh, adding that in Ludhiana, “a series of 10,000 registration numbers is given out in 20-25 days”. The only public transportation is the fleet of 120 city buses that run on eight routes. That’s 80 buses short of the fleet of 200 that the municipal corporation had proposed for the city. The Ludhiana Metro plan has been dropped and the proposed Bus Rapid Transit System is stuck.

Illegal diesel autos: There are more than 17,000 illegal diesel autos on the roads, despite a 2009 ban by the Punjab and Haryana High Court on registration of new diesel autos. “The ban was on issuing permits for diesel autos within city limits. Autos that get permits for plying outside the city flout rules and run within the city,” said Richa Agniotri, ACP (Traffic). The city has just one LPG filling station, on the outskirts, and thus LPG autos too run illegally on subsidised kitchen LPG cylinders.

No checks: Unlike in Chandigarh and Delhi, vehicles entering Ludhiana aren’t checked for Pollution Under Control certificates.

Industries: In 2010, a report by the CPCB identified 684 units as “highly polluting”. These units, including dyeing and rubber/tyre making units, are located within the city. The report also said that bio-furnaces use unauthorised fuels, which, when burnt, release toxins into the air.

Way forward: A comprehensive ‘mobility plan’ prepared by the Ludhiana traffic police suggested that the bus terminus, currently located in Bharat Nagar Chowk, the heart of the city, be moved out and divided into four new ‘smaller’ bus stands on the outskirts.

The district administration is currently looking for the suitable ‘land’ for shifting the bus terminus. The plan also proposed that ‘Transport Nagar’, which sees 5,000 trucks coming in from different states every day, be shifted out of the city.